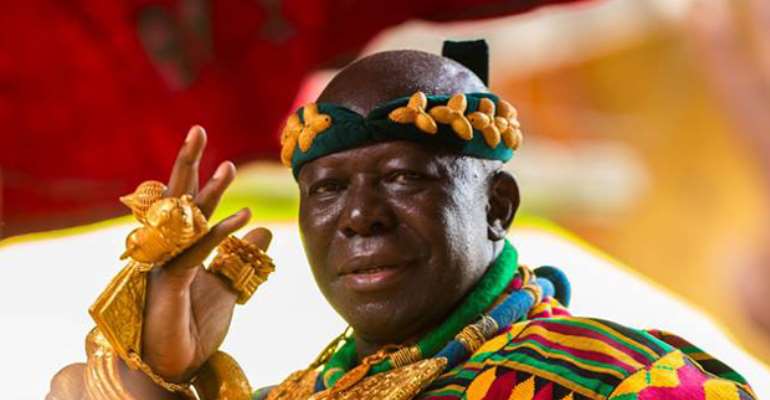 A total of 600,000 brilliant but needy students have benefited from the Otumfuo Education Fund since its inception two decades ago.

The Asantehene, Otumfuo Osei Tutu II, introduced the initiative immediately he ascended onto the Golden Stool of Asanteman as a way of complementing government's efforts towards helping Ghanaian students to realise their academic goals.

Addressing the United Nations (UN) General Assembly in New York, United States, recently, the Asantehene said the purpose for setting up the education fund had been achieved so far.

“More than 600,000 students, who, due to financial constraints and other challenges, could have been dropped out of school, have benefited from the Otumfuo Education Fund in Ghana now,” he said, adding “this social intervention programme, which I decided to set up after being enstooled as the King of the Asantes, one of the respected and powerful kingdoms in Africa, continues to support needy students,” he said.

The Asantehene explained that the Otumfuo Education Fund doesn't cover only Asantes, and reiterated that he set up the fund purposely to help brilliant but needy Ghanaian students, irrespective of their ethnic background.

He said he was pleased with the huge impact that the Otumfuo Education Fund was making in the lives of Ghanaian youth. He disclosed that the initiative had churned out medical doctors, pharmacists, teachers and other professionals.

The Asantehene stated emphatically that education is the only tool to a successful life in modern times. He promised to continue to support education to flourish in Ghana.

“The greatest potential to the success of every state lies on education,” the Asante Monarch emphasized, adding “that is why I set up the Otumfuo Education Fund to provide opportunities for quality primary to university education.”

The Otumfuo also stated that teachers remained a key component if education would flourish, hence his decision to also introduce Teachers' Awards scheme to help motivate teachers to work hard, especially those in the rural areas.

According to him, he would continue to use his time, energy and resources to motivate teachers so that they would accept postings to the rural areas for children to receive the needed education.

The Asantehene was invited to the UN General Assembly to share with the world how he had been able to combine modernity and tradition to lead the Asante Kingdom, and how his influence is helping to promote Ghana's democracy.

Among Otumfuo's delegation were Nana Otuo Serebuo, the Juabenhene and Chairman of the Council of State, Oheneba Owusu Afriyie, the Apagyahene, and other traditional leaders from Asanteman.