1,000 Bags Of Wee Destroyed In Kumasi 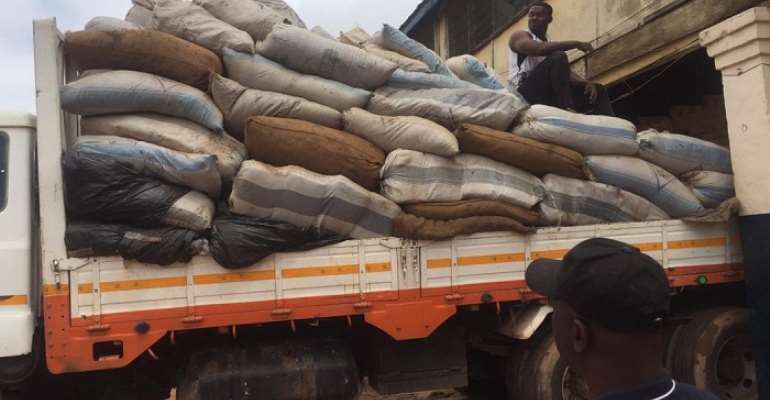 About 1,000 bags of Cannabis aka 'Wee' have been burnt in the Ashanti Region upon the directive of a court.

The bags of 'Wee' were part of exhibits marked for destruction after completion of cases. In the presence of the police, the substances were set ablaze at the Oti Land Fill Site, near Kumasi.

DSP Jeremiah Alale, the Drug Law Enforcement Unit (DLEU) Commander, told DAILY GUIDE that the illegal substance had been in police custody for two years and upon the orders of the court, they were eventually destroyed.

The police officer justified their decision to destroy the 1,000 bags of 'Wee', saying “'Wee' is an illegal commodity.”

He said the police had vowed to curb the selling and usage of 'Wee' in Kumasi and the nearby communities, adding that “the fight against narcotic drugs continues unabated.”

“They have changed their modus operandi and we are quite abreast of the trend. The police are determined to fight on,” he assured the public.

He disclosed that the police had worked tirelessly to close down many 'Wee' bases in the city through frequent swoops. “Krofrom Columbia, Ayeduasi Cemetery, Kwadaso Wood Market and other 'Wee' bases are not active now,” he added.