How the Ugandan farmer, Nelson, wants to free children from hunger 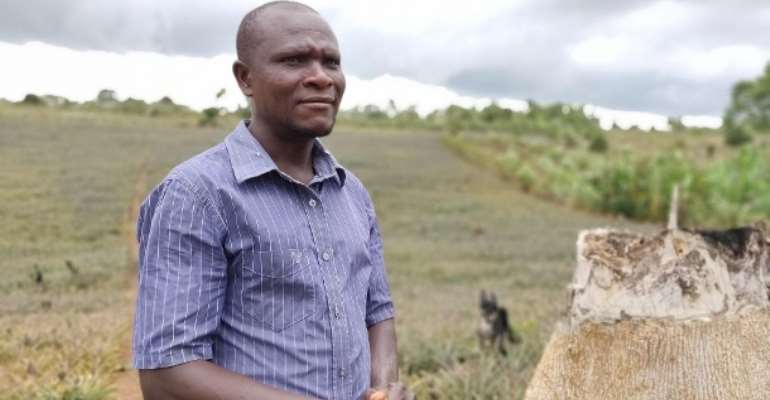 After the death of his parents, Nelson was faced with nothing. The farm-school project gave him a new chance

After the death of his parents, Nelson was faced with nothing. Then he learns how sustainable agriculture works in a Children's aid project in Uganda. Today, almost 30 years later, Nelson dreams of passing on his knowledge to young people.

Masaka - the capital of the district of the same name in southern Uganda. More than 100,000 inhabitants live here, on the highway between Kampala and Mbarara and Rwanda. Workshops for trucks and cars characterize Masaka's cityscape. Tyre sellers line the streets, the smell of diesel is in the air. People who do not earn their living here from agriculture make a living from long-distance traffic: they run a snack bar, repair trucks, rent out accommodation. But long-distance transport has not only brought income opportunities into the city, it has also brought the HIV virus. Many children grow up as AIDS orphans - just like Nelson did back then.

The parents often leave the children a piece of land on which the girls and boys can grow something for their own needs. But how? Nelson's parents had also left him a small field after her death, and the family lived off the yields. So did 80 percent of the inhabitants of Uganda. But little Nelson doesn't know how he should cultivate the fields in order to survive.

Then he learned how sustainable agriculture works in a Children's aid project, in a mobile farm school. Today Nelson is a big farmer - and he dreams of passing on his knowledge to other young people. So that they can help themselves and no longer have to go hungry. Many children in Nelson's home country are still malnourished or undernourished. And that is often life-threatening, hunger as we all know, makes them weak and susceptible to disease.

Farm schools, an answer to the crisis

For 20 years now, farm schools have been offering children and young people like Nelson, who belong to the poorest of the poor, a new perspective on life. The concept, which Children's aid project supports with donations, is simple...for three years a farm-school stays in one place in the project region and teaches it sustainable and organic agriculture. Nelson attended the first farm-school class, in 1998, where he learned to grow passion fruit in the fields of his deceased parents. 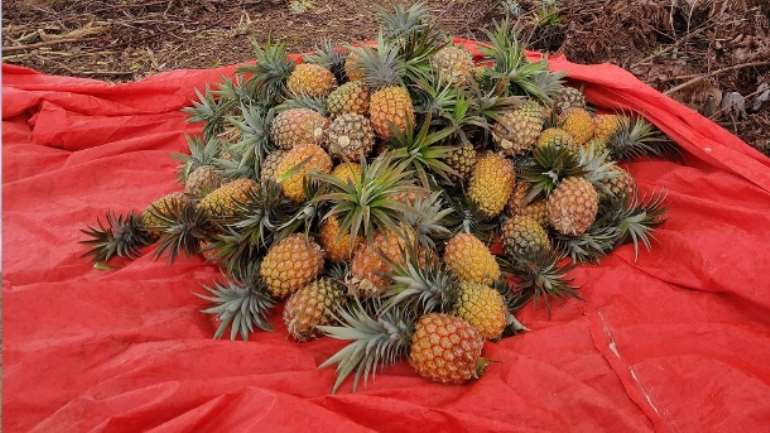 Today, Nelson earns a large part of his living with pineapples.

Today, more than 20 years later, about 100 girls and boys in blue-green school uniforms are sitting on the wooden benches in the meeting room of the village and are attentively following what the teacher explains. It's about the production of organic fertilizer. An old water buoy, a linen bag, a rope, cow dung, water-the young farmers can find and also convert this.

This is important, says the teacher. Because the young people should not get into debt to buy expensive equipment, chemical fertilizers and pesticides. On the walls hang self-painted posters explaining how tomatoes, cabbage and onions are grown. How to plant raised beds and grow seedlings.

The village community does not only provide buildings in which the block lessons can take place and the pupils can live for the time of the lessons. It also contributes food and is involved in the selection of girls and boys who are allowed to attend the farm school. They must not be older than 19 years, have not attended school for at least two years and belong to the poorest families. "It is important that the community is involved in the whole process," says Justus Rugambwa, Managing Director of Kitovu Mobile, the long-term Children's aid project partner in Masaka. Everyone understands our approach and there is no envy. And the people see it as their project.

John and James, 16 and 17 years old, are farm students. The boys live far away from the next bigger road. Their poor houses can only be reached via dusty mogul tracks, which screw themselves adventurously into the hilly landscape. Once there, the gardens of their families are a real miracle. Everywhere it is green and blooming. Cabbage, bulbs, tomatoes grow, the banana trees bear fruit. 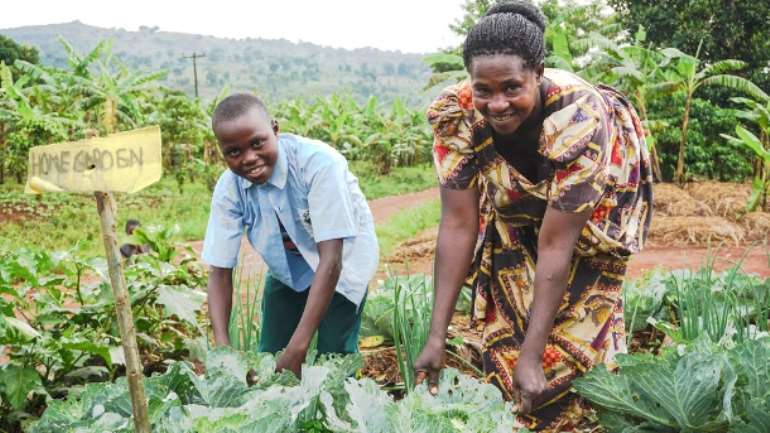 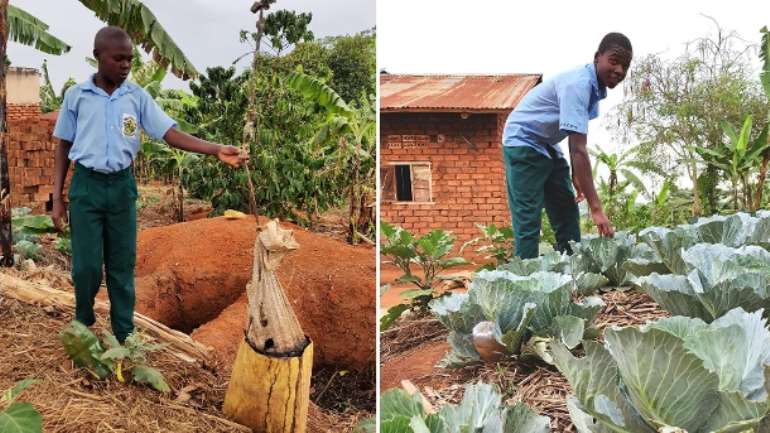 An old water barrel, a linen bag, a rope, cow dung, water - James (l.) is proud that he can apply what he has learned. John (r.) has big plans: He wants to buy land to earn money with agriculture - like his role model Nelson.

The boys themselves have built stables for goats and chickens and even dug out deep pits in which they compost. And something else can be found in the large gardens: an old water barrel, a linen bag, a rope, cow dung, water. John and James have implemented everything they learned at school. For their families this means that they can now eat a balanced diet and sell what they have left on the market.

Nelson made it - and he wants to help others.

John has big plans. "I want to grow more in the future and maybe buy more land so I can make some real money from farming," he says. His role model is Nelson. Out of nowhere, the now grown man has built a large business. Coffee, leeks and watermelons grow on his fields, and the 38-year-old Nelson harvests up to 100,000 pineapples in one year.

He sells his goods in the region, but also in Uganda's capital Kampala. Nelson is married, five of his eight children were orphans - just like Nelson himself. He can finance school attendance for all of them. "I was lucky," he says, "that there were people who gave me a chance. For me it was always clear...I want to use this chance.

Nelson dreams of opening his own institute for agriculture. "There, young people who have no prospects should be able to learn. Nelson is working hard for his dream. In addition to his work on his farm, the 38-year-old is catching up on his high school graduation. He then wants to study economics. "So that I know how I can successfully manage such an institute," he says. students at the farm-schools can already come to him today and learn from him.

"Of course, not all former farm pupils become successful large-scale farmers," explains Justus Rugambwa of Children's aid project partner. They don't have to, but being able to cultivate the land they have makes a big difference for the young people and their families. They no longer have to starve, part of the harvest can be sold and they earn money, siblings too can go to school. "And so it goes on," says Rugambwa. Little by little the families can free themselves from poverty, be independent and that is the goal.

Boys and girls all over the world fulfil their dream of no longer having to starve.

The figures are frightening: In some particularly poor African countries, every second child who does not live to see his fifth birthday dies of the consequences of hunger. With your donation you support the mobile farm schools and give children the chance to escape the vicious circle of poverty and hunger by their own efforts.