The Economic Trade The US Government Can't Do Without Africa 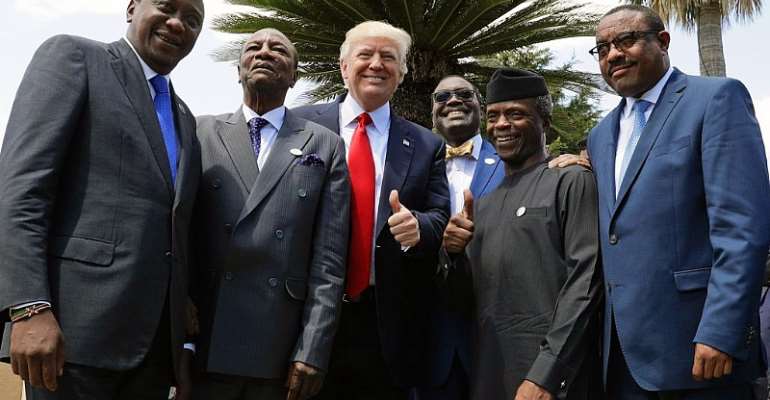 In recent years, the leading powers of the world have been paying increased attention to the implementation of their policies in Africa.

The United States is most active on the continent, seeking to strengthen its influence and strengthen both military-political and economic positions, mainly in the interests of diversifying sources of energy and other types of mineral resources.

Despite Africa’s modest place in US foreign economic relations, excluding energy imports, the US administration constantly keeps this continent in the spotlight, guided by long-term strategic considerations.

One of the main features of the new approach is that in recent years, the US geo-economic interests in Africa have come to the fore as opposed to the geopolitical interests that determined American foreign policy in previous decades.

Of greatest economic interest to the United States are minerals, primarily African hydrocarbon reserves. Despite the fact that the United States has reduced its oil intensity of GDP by 20% over the past 15 years, the control over liquid hydrocarbons is extremely important for them, as global demand for crude oil is predicted to grow.

For these reasons, the United States seeks to diversify its sources of oil imports, with high hopes for hydrocarbon reserves in Africa, where over the last decade; more of all new oil fields in the world have been discovered, and its production has almost doubled.

According to an estimate by the US National Intelligence Council, 25% of US oil imports will come from West Africa, compared to 16% today and this estimate is considered by some to be underestimated. West Africa is already supplying the same amount of crude oil to the United States.

Africa's contribution to increasing global energy production is not limited to crude oil. The continent’s new capabilities for the production of liquefied natural gas (LNG) allow increasing exports of this type of fuel.

In early 2006, Africa supplied more than 50 million metric tons of LNG per year out of 173 million metric tons produced in the world, with Angola and Nigeria being its leading suppliers. In recent years, a number of new countries of the continent have joined this process.

In Egypt, for example, a new production line has been commissioned, producing 36 million metric tons of LNG per year. Equatorial Guinea and Angola also announced the launch of new LNG production and processing projects.

At the same time, the dependence of the United States, unlike the countries of the European Union, on African energy resources is not critical, although the US economy is vitally dependent on the stability of imports from Africa for certain categories of minerals. Such resources include, in particular, cobalt, manganese, chromium.

Since 1971, the United States has provided its own industry with cobalt entirely through imports. Of the world's cobalt reserves, 52% is in the Democratic Republic of the Congo, Zambia, Morocco, and Botswana, while the DRC covers 65% of the US demand for this metal, which is extremely important for the US defense industry.

A similar situation with manganese. Imports of African manganese offset the depletion of US deposits. The countries of the Black continent provide about 50% of the supply of manganese to the United States, including 39% of all American imports of this type of raw materials in South Africa.

Since 1961, chrome has also been completely imported from Africa, 98% of the country's needs for chrome are provided by its suppliers from South Africa and Zimbabwe.

American industry has long and widely used rare metals, as well as bauxite and alumina, copper, uranium, imported from Africa.

Significant quantities are purchased of gold and platinum, as well as silicon, yttrium, and vanadium necessary for the production of semiconductors.