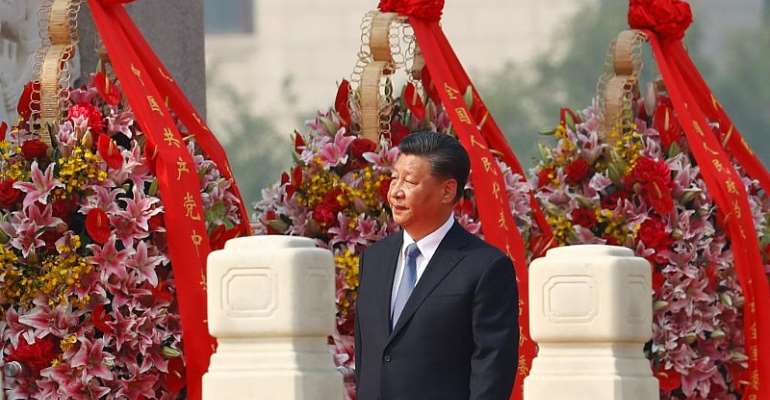 The People's Republic of China celebrate its 70th anniversary amidst draconian security measures and with Chinese living in Hong Kong and Taiwan protesting or ignoring the celebrations.

Tense security measures include a ban on in-house cooking on gas and a prohibition on the sale of knives. All flying objects – kites, balloons, drones - are grounded, and pigeon breeders have to keep their feathered friends inside.

According to the Hong Kong-based Apple Daily, hospitals in the Chinese capital cannot receive new patients this week, and major surgery is to be postponed until celebrations are over.

Since the end of August, traffic inside Beijing's Second Ring Road has been restricted, mail and parcels are being scrutinised, known dissidents are “sent on a holiday” or otherwise confined to their homes. Last week was especially tense when the People's Liberation Army held three consecutive days of rehearsals for the grand military parade that is planned on the central axis of the Boulevard of Heavenly Peace.

National isolation
Never during an October 1 celebration has security been so tight. One exception may be the 40th anniversary of the PRC, when Beijing was still under martial law, three months after the June 4, 1989 Tiananmen Square crackdown.

At that time, China was in international isolation as a result of western sanctions. The most notable of four foreign dignitaries who accepted the invitation was Egon Krenz, then leader of the Eastern German Communist Party, soon to be disbanded.

Tomorrow, there will be 188 military attachés from 97 different countries, and hundreds of other guests.

But China's 70th anniversary comes at a difficult time for its leader Xi Jinping.

Since March, semi-autonomous Hong Kong has been boiling with anti-China demonstrations, and activists in the territory have branded the 70th anniversary as a “Day of Grief”.

On the global front, an increasingly nasty trade war with the US is taking its toll, while US President Donald Trump is mulling severe new restrictions on investment in China, causing stock markets in Shanghai and Tokyo to fall at the eve of China's national day. On the home front, an outbreak of African swine fever has sent prices of pork – one of the most popular ingredients in Chinese dishes - skyrocketing.

Chairman Mao
But if Xi Jinping is concerned, he doesn't show it.

On Monday morning, one day before the anniversary, Xi and other leaders of the Communist Party of China also attended a wreath-laying ceremony to honor national heroes on Tiananmen Square.

A choir of children in crisp white shirts and red scarves sang before Xi approached the Monument to the People's Heroes -- a tall obelisk in the middle of the square -- where baskets of flowers decorated with red banners were placed.

"A promising nation must have heroes, and a country with future prospects must have pioneers," said state-run CCTV in a broadcast of the ceremony, quoting Xi.