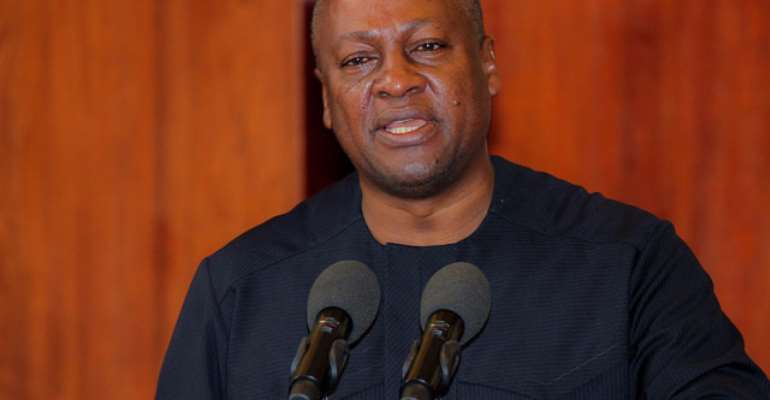 The leader and flagbearer of the National Democratic Congress (NDC), John Dramani Mahama, has led a delegation of his party to meet the Catholic Bishops Conference, as part of broader consultations, initiated by the party to interact with stakeholders and key organisations ahead of the 2020 general elections.

The meeting, which discussed a number of issues including growing insecurity across Ghana, attacks on press freedom, the energy sector, abandonment of government projects, education including free SHS implementation, corruption, abuse of government procurement processes and the banking sector crisis, took place in Accra.

The NDC flagbearer used the occasion to ask the Conference and other faith-based organisations, as the conscience of the nation, to speak out against the negative happenings in the country.

Former President Mahama also told the Akufo-Addo government to be truthful to Ghanaians, demanding a full disclosure of government’s dealings in respect of the Aker Energy scandal.

He asked the Conference and Ghanaians generally to request from President Akufo-Addo why government would renegotiate the Aker Energy contract to the disadvantage of Ghanaians when there was low risk to government.

“There was low risk in the Aker energy situation, so why would government reduce its stake by about 48% to 18%?” he asked.

The NDC flagbearer observed that just like many other deals that had party cronies directly participating, some of the key persons involved in the renegotiated Aker energy deal are linked to the finance Minister, Ken Ofori Atta, his Databank and Enterprise Group.

The Catholic Bishops Conference was led by its President, Most Rev. Philip Naameh. Also present were the Vice President and Archbishop of Cape Coast, Most Rev. Gabriel Palmer-Buckle, Archbishop of Accra, Most Rev. Bonaventure Kwofie, Bishop of Jasikan, Gabriel Mante, the Secretary General of the Conference and Directors from the National Catholic Secretariat.

To Meet Otumfuo
The NDC flagbearer has indicated his intention to meet Asantehene, Otumfuo Osei Tutu II over the media furore in the aftermath of a press release from former Chief of Staff, Hon Julius Debrah’s office, regarding a statement made by the Asantehene at the UN in relation to the 2016 elections.

He said necessary steps would be taken to bring closure to this matter when Otumfuo returned home.

According to the former President, Mr. Julius Debrah's statement was intended to simply clarify that he never had the slightest intention of seeking to hang on to power unconstitutionally, as some media houses sought to infer from Otumfuo's speech at the United Nations (UN) program.

“The recent statement from my office was meant to shed more light on the events surrounding the 2016 poll and not to disparage Otumfuo's efforts at promoting national peace and unity,” adding “I therefore find the language and commentary in the ensuing public discourse very disturbing,” he stated in a Facebook post.

“I have profound respect for Otumfuo and Asanteman and will not allow this issue to mar our long-standing cordial relationship,” he added.

The flagbearer cautioned media houses to be circumspect in their reportage and discussion of the matter and to also avoid inflaming tension, asking the general public and NDC members not to be baited into non-constructive flogging of this issue.