Akufo-Addo Gov't To Close Down Power FM Too? 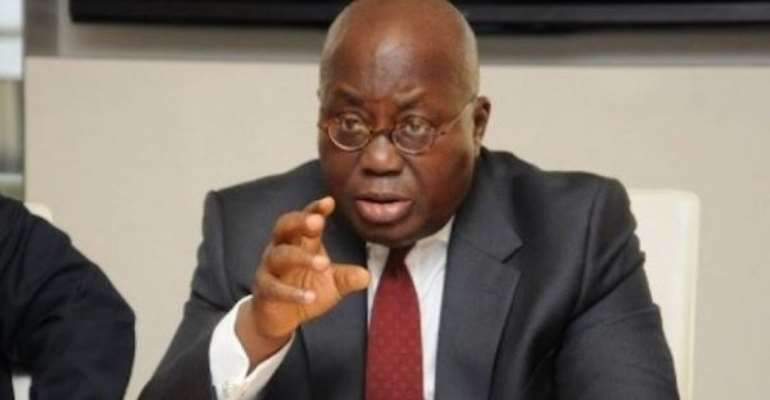 The Akufo Addo-led regime is having sleepless nights looking for any means possible to close down Power FM; 97.9MHz too for gradually filling the void left by the closure Radio XYZ and Radio Gold and arguably, becoming the biggest voice for the opposition presently, The Catalyst has gathered.

This new plot is a sequel to the Gestapo closure of Radio XYZ and Radio Gold, both of whom at the time of their closure were carrying live the opposition National Democratic Congress (NDC) Council of Elders’ press conference at the party headquarters.

Power FM and Radio XYZ are both owned and managed by XYZ Broadcasting Limited but as a result of the biting nature of the latter and the resultant targeted closure, its programmes were off-loaded onto the former.

It is not as though Power FM has offended any regulation but the inability of the president and his government to bear divergent views and the constant exposure of rots in his government is giving him quite some headache, says a worried source.

A source has told this paper that the closure of the media houses was a cabinet decision sanctioned by president Akufo-Addo himself. The National Communications Authority (NDC) regulations were only used as a smokescreen, to hide the real motive for shutting down these radio stations.

It is about four long months since the targeted closure of the media houses. Nana Akufo Addo whom the NPP would want Ghanaians believe is a democrat and a believer in a free media has not even commented on the shutdown of the two stations and their affiliates in the regions, even though the likes of Dr Wereko Brobbey had made efforts to meet and explain to him the damage the closures are doing to his own image and that of the government.

At the recent 2019 Ghana Bar Association Conference in Takoradi, the President only chose to use the opportunity to express his personal feeling that the Ghanaian media had gotten more than necessary freedom, caring less his government’s action is an attack on free speech for which Ghana’s media rating keeps falling under him.

The 2 stations and others were closed down under the guise of not having authorization, a claim the stations rejected. Radio XYZ, for instance, said since June 2017 it had had not less than 8 correspondences with the NCA on the subject ‘expiry and renewal of our license,’ including an attempt to make advance payment, pending the renewal of the licence which was rejected.

The Ghana Journalist Association (GJA) and Ghana Independent Broadcasters Association (GIBA) and others have roundly condemned the closure, describing it as an attack on free speech.

The closure of the stations among other issues had gotten Multimedia Ltd to lead a campaign dubbed #DefendMediaFreedom, where Dr Wereko Brobbey, Alhaji Haruna Attah, Kwesi Pratt, Prof Kwame Karikari, Kojo Yankah and other key persons have among other things described the Akufo Addo regime as the worse in terms of media freedom in Ghana since 1992.

The pointless action has in the past four months left workers of the stations unemployed, bringing untold hardship to them and their families and other dependents.

The sad development also leaves in its wake consequential effects on Ghana’s over-all economy which the Akufo Addo led NPP claimed it is expanding.