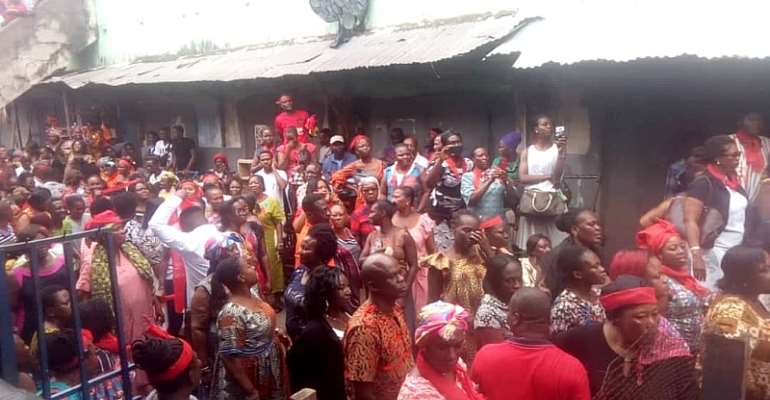 Traders at Kumasi Central market and Kejetia market traders have agitated over what they described as cheating, lack of transparency in the allocation of the shops in the New Kumasi Kejetia Market on the part of Kumasi Metropolitan Assembly.

They said the KMA has persistently deprive them of their livelihood, and that threatening to vote against the government.

They have also threatened to picket at Jubilee House with a naked demonstration.

The traders as part of the lamentations today locked up their shops protesting for transparency and flexibility in the agreement.

Their claims are that some colleagues at the central market have been discriminated against in the allocation of the shops.

According to him, their demand for a deposit of 20% payment whiles the remainder is paid in installment over a period has been rejected.

He said KMA has been insensitive in the matter suggesting that bank loans are procured to pay.

He accused the NPP government and the KMA for the problems experienced in regards to the allocation and among other things.

He said those treatments are attempt by the government and KMA to punish over 1,500 members of Kejetia Traders Association and over 8,000 central market traders.

He has however given the KMA seven days ultimatum to ensure that their demands are given else face their wrath.