Is The NDC Ready For An Ashanti Running Mate? 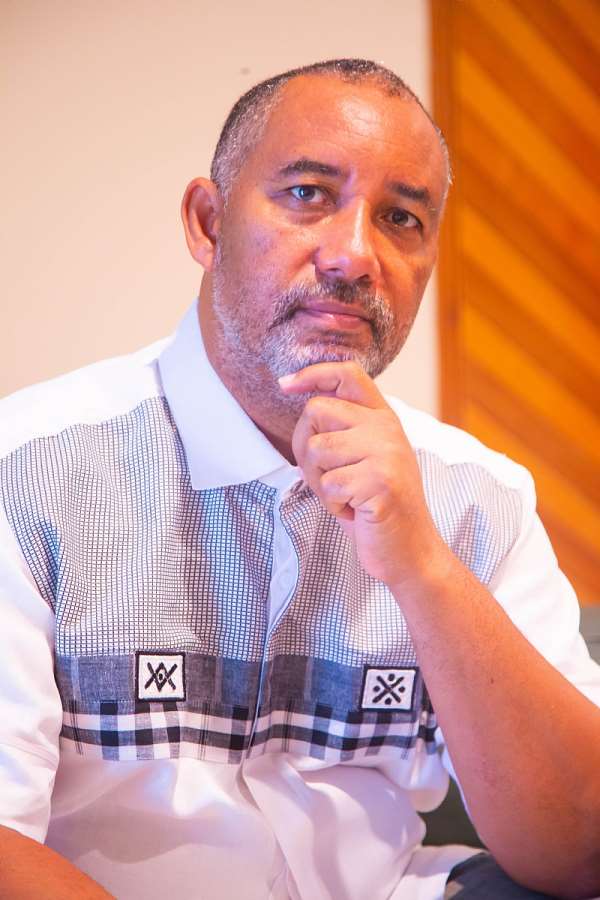 The popular Ghanaian saying that "adzi wo fie a oye" to wit it is good when it is home, comes to mind when I think about the possible names to be considered for the running mate position from the various Akan regions to partner the flagbearer of the National Democratic Congress, John Dramani Mahama.

Most people in Ghana have believed this saying to be political because Prof. John Evans Atta Mills of blessed memory is quoted to have used it in a statement to tell his kinsmen (Fantes) that if they voted for him their own it was better than any other and thus was also repeated by his successor Mr. John Dramani Mahama when he was quoted in 2012 of saying Northerners should massively vote for him to also register a Northern President after Dr. Hilla Limanm.

Comrade Ato Kwamina in his recent piece said leading members of the NDC party who hail from the southern sector regions had started intense lobbying to justify why they and their regions merit the number two slot in the party.

He further stated that the following traditional regions, Western, Eastern, Greater Accra, Ashanti, Central and Brong Ahafo regions have at least one person as an indigene who is lobbying for selection.

According to him, the presentation of these Vice Presidential hopefuls was their claim that, their regions also need to produce an NDC Running Mate.

In the concluding part of his article, he made some thought-provoking statesman on why he thinks the running mate should be an Ashanti which many political pundits also believe that it will go a long way to enhance NDC’s electoral fortunes in the 2020 elections. After all the last time an Ashanti was very close to power in NDC i.e. Nana Konadu Agyemang Rawlings they managed between 32 to 34% in percentage votes which goes to confirm the Ashanti’s adage, ‘the one seeking to bring glory to the Asante kingdom should not be denied support’

It has been reported that the New Patriotic Party may suffer some voter apathy in Ashanti region as a result of the glaring disappointments in the Akuffo Addo led NPP government and these disgruntled party people or voters may not turn out to vote as they did during the first round of 2008 election.

Will the NDC take advantage of this ‘incumbency disadvantage’ to pick the running mate from Ashanti Region? If YES, could it be Alex Kofi-Mensah Mould or Dr. Kwabena Duffuor??? These two names came to mind because the party would also have to consider someone who has impressive knowledge and experience in Finance and economics as well as Energy (Energy issues would definitely be one of the top issues for campaign in the 2020 general elections).

His heritage makes him resonate with a cross-section of Ghanaians (most specifically the Akan communities). His Ashanti side is from his maternal grandmother in Ejuratia in the Afigya Kwabre South Constituency. With Winneba roots (Moulds are originally from Winneba - from the Ghartey family in Winneba which is in the central region). His Ga (Greater Accra) roots are from the Vanderpuije family from Ngl3shie, Jamestown (grandmother on father's side). His Ga name is Nii Lanquaye (3rd boy). What this means this is that apart from satisfying the north-south conventional ticket, he cuts across three major tribes in Ghana’s political space.

With over 30 years of international energy and banking experience, Alex Mould is widely regarded as one of Africa’s leading authorities on energy, economic, finance and leadership issues.

Formerly the Chief Executive Officer of GNPC (Ghana National Petroleum Corporation), the national oil company for Ghana, Alex was charged with developing GNPC into an independent and world-class operator, through the execution of an accelerated growth strategy.

Prior to joining GNPC, Alex was the Chief Executive of the National Petroleum Authority and was responsible for regulating the downstream sector.

Under Alex’s stewardship at Standard Chartered Bank, Wholesale Banking Ghana remained one of the major contributors to the business in Africa, during which period, there was broad diversification of the product offering within the Wholesale business into more value added products and services.

Dr. Duffuor's has an impressive working experience which spans 33 years. He worked first with the Volta River Authority (VRA) immediately after completing his first degree in Economics. Thereafter he worked with the Ghana Commercial Bank and held various positions within the Bank between 1970 and 1990; Appointed General Manager, Ghana Commercial Bank - London Branch in 1991. He also served for a year at the IMF Africa Department as an Economist from June 1979.

He was appointed by President John Evans Atta Mills as the Minister of Finance and Economic Planning on February 13, 2009 - 2013.

Whoever is chosen from the Ashanti region should be able to boost the electoral fortunes of the NDC in the region. The person would appeal to the working class, the youth and neutrals as he “speaks their language” to secure a national appeal for the NDC ticket.

But the question now is what sort of person are the people who really control the party looking for;

- someone who will agree with the path they would like him to take?

OR
- someone they trust and believe has the ability to lead and choose a path for the party?

Is the party ready for radical leadership that will be run by strategy and have the party reorganisation to be run like a high performing organisation with known responsibilities, discipline and accountability, and where high performance is rewarded? That's a topic for another day.

Modern Ghana Quote Reports
Catch up with all the political quotes from our politicians.
Sponsored
More Opinion
Modern Ghana Links
LGBTQ+, another western democratic encroachment on the African Culture: Is Africa taking it like their loans or it will keep her identity?
Ghanaian History: Remembering A Historical Atrocity By A Colonial Government And Quest For Justice
AfCTA and Ghana Beyond Aid: Alan's master plan
DARKEST HUMANITY DIARIES... When Death Stares at you: Fear of the Unknown - No Bed Syndrome in our Hospitals
The Dilemma Of Nigeria's Progeria
Why a brave generation is needed for Civilizational Transition
COVID vaccines and its power dynamics; Where does Africa stand?
The Fight On Our Hands
Do We Really Understand What We Pledge For This Nation…Ghana
Quote Reports Dossiers
TOP STORIES