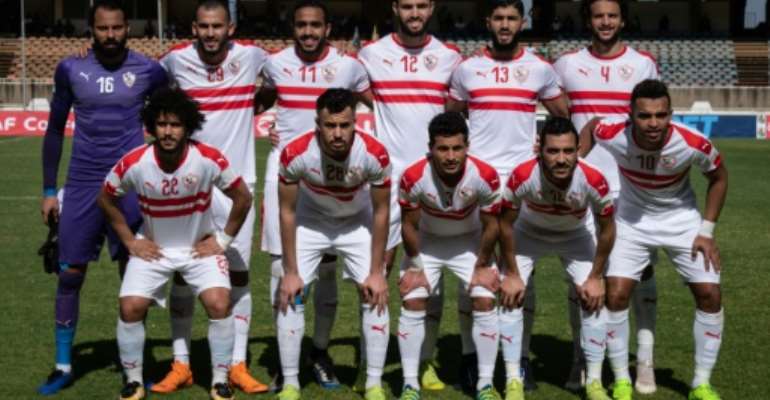 Egyptian club Zamalek are involved in a CAF Champions League dispute with Senegalese side Generation Foot. By Yasuyoshi CHIBA (AFP)

African Football Confederation (CAF) officials confirmed Monday that they are investigating why a CAF Champions League match scheduled for Egypt at the weekend was not played.

Zamalek of Egypt were due to meet Generation Foot of Senegal in Cairo Saturday in the second leg of the last-32 tie with the west Africans holding a 2-1 aggregate lead.

There were protests against President Abdel Fattah al-Sisi last Friday, but they did not prevent domestic league matches being played in Cairo on Saturday.

Generation rejected the new date and venue and turned up Saturday at the original match venue only to be barred from entering the stadium.

Zamalek pitched up at the new venue in Alexandria the following day and the referee waited 15 minutes after the kick-off time before calling off the match.

Senegalese officials insist that, according to CAF rules, a match date and venue can be changed only if both teams agree.

"The relevant CAF bodies and representatives are currently examining the situation and further information and updates will be issued in due time," a CAF statement said.

The losers drop to the less lucrative second-tier CAF Confederation Cup, where the minimum prize money is $275,000, half that of the Champions League.