The Most Influential Africans – As Complied By The Africa Report 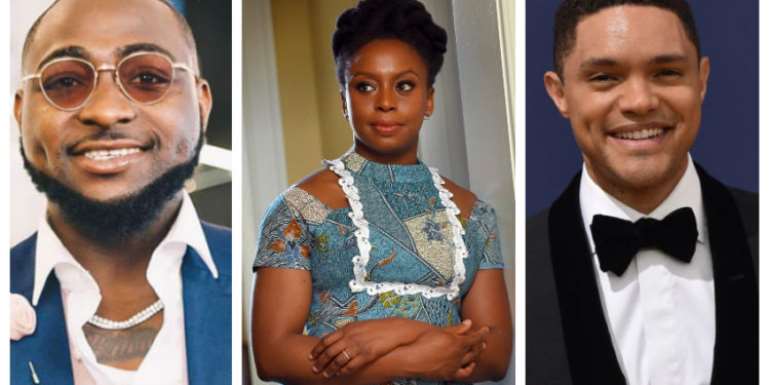 The original list is of the 100 most influential Africans. The names and accompanying writs were published as is by The Africa Report midyear 2019. I’m only gonna reproduce their top 10.

I was looking for Ghanaians on the list when I came across this. That’s what caught my eye.

Ibrahim Mahama is no 73 on the list, no relation to ex-President John Mahama, at least none I know of. He’s a young artist that now has international recognition and beaming with talent and promise. He recently became the youngest Ghana-based artist to show at the Venice Biennale in Italy. He reps Tamale everywhere he goes. Look him up.

Sitting at no 24 is Idris Elba, the “Storyteller” and modern ‘Black Superman’. He’s stated as being from Ghana/Sierra Leone. Our critically acclaimed Anas Aremeyaw Anas, dubbed the “Truth teller”, follows at no25.

David Adjaye is the Ghanaian architect that was part of the team that designed the Smithsonian’s National Museum of African American History and Culture in Washington DC in 2009. His profile has skyrocketed ever since. He even received a Knighthood from the Queen this year. He comes in at no 36.

The Ghanaian editor of Vogue magazine, Edward Enninful, is no 63.

David Adomakoh is a former banker at JPMorgan Chase and is now helping Norwegian start-up Aker Energy to make it big. He also owns South Africa’s Business Day newspaper. He comes in at no 94.

Kwame Anthony Appiah, stated as bring from Ghana/US, comes in at no 61. Ever the “Contemporary Questioner”, he argues that local attachment and cosmopolitanism can be reconciled, saying in a recent Foreign Affairs article, “Forgetting that we are all citizens of the world – a small, warming, intensely vulnerable world – would be a reckless relaxation of vigilance.”

Ashitey Trebi-Ollennu is the Ghanaian robotics expert who managed the team that designed an arm for the InSight rover that landed on Mars in late 2018 so that it can bring back samples that will allow scientists to study how planets are formed. He told CNN, “Humans always look to the heavens to gain knowledge and use that knowledge to make life a little better.” He’s no 87.

Here’s the Top 10, as published by The Africa Report.

The Africa Report’s top 10 Africans who control the levers of power across politics, business and the arts: from billionaire barons to unpredictable peacemakers and soft-power superstars.

He’s the richest black man in the world and Africa’s richest man, with an estimated wealth of $10.3bn. Within Nigeria, Senator Ben-Murray Bruce called him “more influential and powerful than (President Muhammadu) Buhari”. The billionaire’s latest project is a $10.5bn oil refinery that will be Africa’s largest, so Dangote will not be sitting on the sidelines when it comes to oil-­sector reform debates there. He is investing in the continent’s manufacturing and agribusiness capacity, and plans to launch the long-awaited London IPO of Dangote Cement in late 2019. Meanwhile, his philanthropy is taking flight.

The yo-yoing of his company shares, his hirings and firings and off-the-wall tweets keep Musk in the headlines. He may be a maverick but his ideas are shaping the future, from reducing global warming with his electric cars to urban transportation on a cushion of air and plans to establish a colony on Mars. His Boring Company could help a boom in urban public transportation, and he is a big pessimist about the impact of AI. He donates to both the Democratic and Republican parties in the US, saying it is necessary to pay up in order to have a voice.

When China-based Tencent sneezed in August 2018, Naspers share price caught a cold. It didn’t last long, but it showed how tied the fortunes of the South African media and entertainment behemoth are to its largest holding (Naspers owns 31% of the Chinese internet giant). Buying a stake in Tencent in 2001 makes Bekker the Buffett of Africa: the initial $32m investment has grown to $116bn since then, and Bekker famously waived a salary to get paid in stock options when he was CEO. With the bulk of South African pension funds invested heavily in Naspers and allegations of Gupta-style influencing in a 2017 broadcasting deal, Bekker said the company would work on its transparency at the 2018 annual general meeting.

The Nigerian author-cum-public intellectual continues her stratospheric ascent and is as often seen behind a mic as in print these days – engaging audiences about racism, sexism and the human condition. She started the year 2018 slaying a French journalist for her lack of knowledge about Nigeria and ended it on stage with former US first lady Michelle Obama. Who’s next?

One of the US’s most prominent voices critiquing the presidency of Donald Trump, Noah has brought millennial-inspired thinking and an astute outsider’s view to The Daily Show and taught some Americans that Africa is not a country. With the renewal of his contract in 2017 his job is secure until 2022, which will carry him through the febrile US election season. He is also quite funny.

Thiam’s turnaround of Credit Suisse since 2016 has left bankers and analysts awestruck. Ignoring naysayers, the Ivorian CEO relegated the derivatives traders and recast the bank as a wealth-management operation focusing on emerging markets. He explained his view to Euromoney: “This is a fabulous bank. Or let me be more precise: it has always had a fabulous bank within it.” But it faces big blowback for its role in the Mozambique tuna bond scandal.

He has riches (he’s worth $16m), good looks, fast cars and political clout. Using his music to inspire Nigerians to vote in the 2019 elections, he also lent his star appeal to presidential candidate Atiku Abubakar’s campaign, seriously upstaging the 72-year-old politician. His next act will be to crack the tough US market, with his eyes set on a gig at Madison Square Garden, having filled the 15,000-seat O2 Arena in London in January.

In 2017 Pastor Adeboye’s resignation from leading his five-million-member church in Nigeria was greeted with dismay by congregations around the country. Nigeria’s highest-profile pastor, who numbers the Nigerian vice-president Yemi Osinbajo among his followers, had to step down from running the domestic operations of the church he had built up almost from scratch after a new law put a 20-year cap and 70-year-old age limit on the leadership of non-profit organisations. Adeboye could have argued that The Redeemed Christian Church of God was not, strictly speaking, “non-profit”, with Forbes quoting the net worth of the man born into poverty at €39m, but he chose not to.

Appointed as secretary general of Amnesty International in August 2018, Naidoo was a youth activist in apartheid South Africa and the first African head of Greenpeace. By making clear the link between environmental crimes and human rights abuses, Naidoo heralds a new era for Amnesty, widening its focus from political prisoners to indigenous peoples and everyone in between. “We need to redefine what it means to be a strong leader. Because strong leaders don’t bully activists. Yet that is exactly what is happening with a global crackdown on NGOs. We need to see less vitriol and more compassion from our leaders,” he explained on Twitter.

Catapulted into office in April 2018 by the resignation of Prime Minister Hailemariam Desalegn, Abiy has made a huge splash at home and internationally. In 11 months, he has made peace with Eritrea, released 60,000 political prisoners, calmed ethnic tensions, signed multimillion-dollar infrastructure deals with China, started liberalising the economy, persuaded diaspora Ethiopians to contribute $2.4m to a trust fund, filled his cabinet with women, diffused a potential military coup by doing press-ups with soldiers… and the list goes on.

I hope you enjoyed the read. Which other Ghanaian do you think should be on this list that isn’t there?

Also, feel free to throw at me topics you’d like to read on the Macroeconomic Bulletin. 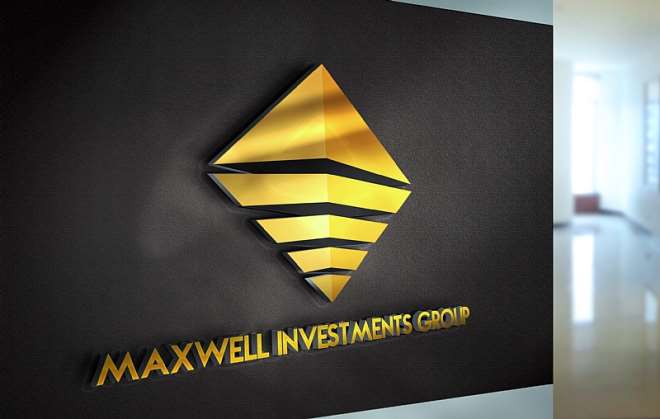