The Admiration Is For The Shoes, Not The Wearer! 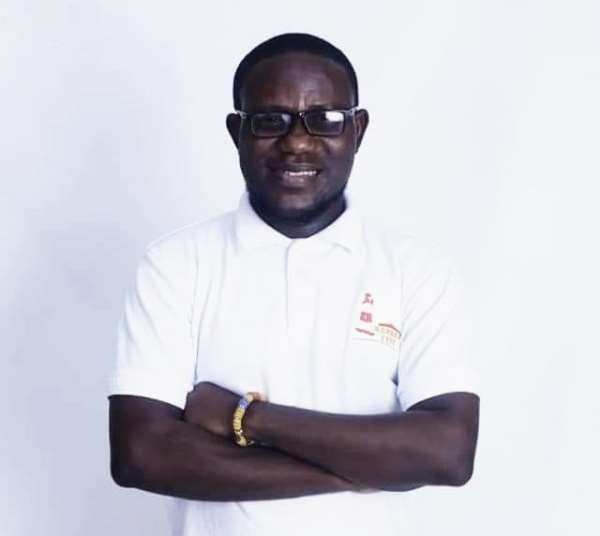 The climax of the joy of having an elder brother when growing up was when you both could share almost everything you had. Though we were three (3) years apart, we could exchange our clothes and no one could notice. What I had, he could wear. What he had, I usually wore.

One Christmas, our parents bought each of us a different pair of shoes. Obviously, mine was more beautiful; they were trendy and matched my Christmas clothes. Anytime I wore those shoes, I was the cynosure of all eyes. Everyone couldn’t help but to admire my feet. What a beauty!

The following week, I exchanged shoes with my brother. Somewhat, I didn’t get the praises this time. He did. His friends were charmed by his feet. They all wished they had it. Some of them even told their parents to get them the same pair of shoes. The admiration everyone had for him was overwhelming.

I came to the uncomfortable conclusion that it was the shoes that people admired― not me or my brother. When our observers were awed by our looks, they actually were referring to the shoes, not us. He who looked good― whether my brother or I― was the one wearing the pair of shoes. The admiration was for the shoes, not the wearer!

In life, there are many things we wear that we get admiration for. Unfortunately, we sometimes mistake this admiration to be for us. We may get so puffed-up when people extol us, forgetting that it is only because of that one thing we have. We may get praised for so many things but we must not be deceived that those praises are actually not meant for us.

When I see people who are so attached to their titles and positions, I laugh. Little do they know that those titles and positions are but for a moment. Just as you took someone’s place, so will another take yours. Be humble and treat your subordinates with utmost respect. Earn the respect of your followers. Don’t demand it.

People may be bullied into respecting us because of our titles but unfortunately, that is not true respect. Immediately we lose those titles and positions, such people treat as they had always perceived us. Fake respect wanes when the authority that forced that respect is no more.

If we regard our wealth as beautiful shoes we may lose any time, it humbles us. When we understand that anybody can be respected as long as they have a good-looking bank account like ours, it makes us understand life better― that it is the hands that has wealth that is respected. If we see our gifts as possessions that will not always be in the limelight, we will not be swayed by the praises of men.

A gift is a possession just like a title or even your wealth. When men praise what you have, don’t mistake such as praises for you. The praise is for the possession. When people love you for what you have, don’t be deceived that they love you for who you are. The love is for those gifts or titles. What you have is NOT who you are. Just as you can lose your shoes, so can you lose the relevance of your gifts, wealth or position.

When we come to understand that people’s admiration is for our shoes (and not us), it keeps us in check. It doesn’t make us imagine ourselves beyond others. If others had those shoes, they would have equally been admired. In other words, if we didn’t have those shoes, we wouldn’t have had any admiration.

If you are called to lead a people, see it as a privilege. You have been given a pair of beautiful shoes that could have been given to anybody else. Respect them. Treat them with honor as you’d have had another treat you if they were given that opportunity. The office you hold is a beautiful pair of shoes. When people bow to you in respect, know that that respect is for the shoes, not the wearer.

People may respect us because of our fame, titles and wealth. That is not true respect because the day we lose such, all the respect vaporizes. The honor accorded us comes with our office. It comes with our gifts and titles. True honor, however, comes with how we honor those who honor us. True honor is not demanded. It is earned. It is not forced. It is reciprocated.

When you are the boss of an organization, know that the applause people give you is for the office you hold― not you. Don’t get too emotional about it. Know that when people tremble at your name, it is because of the authority that has been given you. Don’t get excited about it.

If we trample on others because of the privilege of our wealth or titles, the day we lose such, we will become a laughing stock. We will notice we mistook their fear for respect.

When we are on retirement, we won’t receive any praise anymore. We will pass by and many won’t even identify us because we may be too weak and frail. That is when true respect is tested.

The multimillion dollar question each of us should ask ourselves each day is, “When our wealth and fame are all gone and the admiration that came with such are gone too, what will be left of us?” If you knew that the admiration people had for you was indeed for your titles and possessions, what would you have done differently? Do so now!