Relevance of Nkrumah’s Vision for Ghana and Africa – Ade Sawyerr 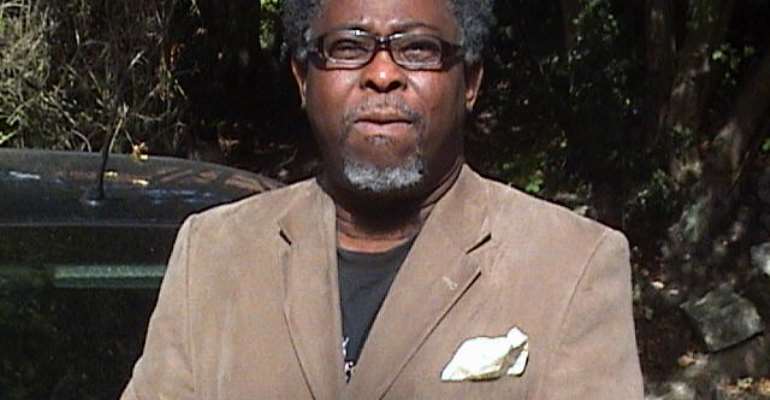 Will Africa ever achieve the potential envisaged by the leaders at independence?

Will Africa ever rid itself of the poverty that continues to rack the continent amid all the wealth and resources that exist on the continent?

The answers to these questions depend on whether Africa can return to the vision of one man, Kwame Nkrumah, who declared during the fight for independence…….

‘And across the parapet, I see the Mother of Africa Unity and independence, her body smeared with the blood of her sons and daughters in their struggle to see her free from the shackles of imperialism and I could see and hear springing up, cities of Ghana, becoming the metropolis of Science, Learning, Scientific Agriculture and Philosophy. And I hear the mortals resound the echo and the rejoinder: ‘Seek ye first the political kingdom and all the rest shall be added unto it’ –

Inspired by Aggrey, his mentor as a young man, Nkrumah responded to the challenge of the leaders of the Pan-Africanist movement, Garvey, Booker Washington, Dubois, CLR James, Ras Makonnen whose themes and theories about pan Africanism had made an impression on him during his student and activist days abroad. He also had the opportunity to work with Padmore, to organise the 5th Pan Africanist conference in Manchester where, several potential African leaders had been present and where for the first time, independence of the colonies as a legitimate extension of the pan Africanist cause was considered.

He also met and made common bond with several who were to become leaders of the African independence movement – Kamuzu Banda, Jomo Kenyatta, Obafemi Awolowo, Jaja Wachuku.

The continent our leaders inherited was characterised by poor infrastructure, constructed to exploit the primary products and natural wealth, inadequate health facilities, few educational institutions and a large mass of unemployed people. Our leaders were confronted with a colonial economy; low-value commodities exported in exchange for imported high-value branded consumer goods. This type of economy could not lead to sustainable development.

In “Towards Colonial Freedom” his blueprint for dismantling colonialization, he analysed imperialism and concluded that political freedom, followed by democratic freedom and social reconstruction were the prerequisite for development and progress in Africa. Nkrumah believed that African problems could only be solved by uniquely African solutions and that every continent must chart its own path for development. The West had used capitalism to develop and the East had used socialism to take its people out of poverty and we in Africa needed our own methodology for development. This led him to formulate an ideology with three main strands: social justice for all, self-reliance and African unity!

To implement social justice Nkrumah rapidly added to the few hospitals including the European-only hospitals and built polyclinics and health centres.

He mobilised the youth in Builders Brigade, Workers Brigade and State Farms Corps to provide them with jobs.

To become self-reliant, Nkrumah proposed the 7-year development plan that would transform Ghana into a middle-income country by 1971. Import-substitution strategies were paramount, it was vital to use the power of the state for rapid industrialisation using science and technology.

The industries Nkrumah set up were strategic, many were joint ventures with foreign capital and skills that would be transferred to Ghanaians. They were spread across the country so that all regions would benefit and would use raw materials and provide jobs for all. He transformed the backwater village of Tema into a harbour, building a township with several industries that would utilise power generated by the Akosombo hydroelectric project.

The industries that he built have continued to sustain Ghana and the hydroelectric project continues to be the pride of Ghana.

When Nkrumah remarked that….Those who would judge us merely by the heights we have achieved would do well to remember the depths from which we started.

He did so because the fight against imperialism had to be relentless, he could not afford to work only with Eastern capital and skills, he also needed to work with the West even though they had been our colonisers.

Nkrumah of Ghana together with Tito of Yugoslavia, Nehru of India, Surkano of Indonesia and Nasser of Egypt, became the leaders of the Non-Aligned Movement, the biggest peace movement in the world. This was their own antidote against the raging Cold War that held countries at the cusp of their development hostage in the battle for supremacy between the west and the east. When Nkrumah declared that …

“We face neither East nor West; We face forward”

It was a reminder to all that we cannot afford to be caught in the world of the imperialists, who were not interested in our development, and who would do everything to obstruct and impede us. The only effective way of fighting them was to be joined with others in a similar situation. Africa unity was the only way forward because we had neither the capital nor the strength to contend against imperialist forces.

He therefore championed the three African Peoples conferences that were held in quick succession: Accra in December 1958, Tunis in January 1960 and Cairo in March 1961.

In 1963 the OAU was born after Haile Selassie managed to heal the rift that has developed between the conservative Monrovia group of 22 independent African states who advocated a gradualist approach and the more progressive Casablanca group of 7 nations who demanded an accelerated and urgent approach to unity.

“No independent African State today by itself has a chance to follow an independent course of economic development, and many of us who have tried to do this have been almost ruined or have had to return to the fold of the former colonial rulers. This position will not change unless we have a unified policy working at the continental level… We need a unified economic planning for Africa. Until the economic power of Africa is in our hands, the masses can have no real concern and no real interest for safeguarding our security, for ensuring the stability of our regimes, and for bending their strength to the fulfilment of our ends. With our united resources energies and talents, we have the means, as soon as we show the will, to transform the economic structures of our individual states from poverty to that of wealth, from inequality to the satisfaction of popular needs. Only on a continental basis shall we be able to plan the popular utilization of all our resources for the full development of our continent.”

African Unity
By 1958, he had set up a permanent secretariat, ran by Padmore to achieve this aim of African Unity, therefore, it is welcome news that 62 years after the Bureau of Liberatory Movements was established, the African Continental Free Trade Area office will soon be set up in Accra Ghana. Indeed, this news is a testament to the relevance of Nkrumah’s vision of African unity. But there are other issues on the continent now that could have been resolved if we had not waited so long for unity.

The Africa High Command would have resolved conflicts that have wreaked havoc and prevented the escalation that always occurred when foreign nations intervened. The Freedom Fighters would have brought an end to apartheid earlier than it happened.

The current crises of xenophobia in South Africa and across the continent would have been resolved with the Free Movement of people that was proposed as part of his vision.

Nkrumah’s vision of an Africa capable of pooling its renewable energy sources of solar, wind and wave power was revealed When Nkrumah commissioned the Atomic Energy Project in Ghana. We would have developed solar energy across the continent to fuel our development if this vision had been realised.

A united and stronger Africa would have negotiated a more meaningful sustainable development goals for Africa. A united Africa will be better able to negotiate business terms with both exploitative and authoritative capitalists, that will result in better value for our resources.

Our huge population of 1 billion people provides us with a solid trading block and intra Africa and South/South trading will make Africa an impressive block to negotiate better trade deals and tariffs. As one trading block with the same regulatory agencies, we will facilitate trade between ourselves and provide a united front to counter the excesses of the imperialists.

We have all the resources in Africa to produce what we need, and our institutions will be better able to coordinate who produces what. Our institutions will work to determine which of the different blocks in Africa have competitive advantage in certain areas and sectors and encourage and sustain these blocks.

What we need is the resourcefulness to translate this into reality. We must continue to develop and strengthen our global institutions in political affairs, peace and security, infrastructure and energy, trade and industry, social affairs, rural economy and agriculture, science and technology, health and disease eradication. Only Africans can develop Africa, no one will do it for us, and we must revisit that vision conceived before the European Union that has helped poorer European countries to develop.

The African Continental Free Trade Area is long overdue, the African passport is imperative. Africa must unite to confront the challenges of environmental protection and globalisation. We must remember that

Africa is one continent, one people, and one nation. The notion that in order to have a nation it is necessary for there to be a common language, a common territory and common culture has failed to stand the test of time or the scrutiny of scientific definition of objective reality… The community of economic life is the major feature within a nation, and it is the economy which holds together the people living in a territory. It is on this basis that the new Africans recognise themselves as potentially one nation, whose dominion is the entire African continent.

The vision was as relevant yesterday as it is relevant today.

Ade Sawyerr is a management consultant at Equinox Consulting who works on enterprise, employment and community development issues within inner city and black and minority communities in Britain. He is also a community activist involved in several local and national causes. He comments on social, economic and political issues with a strong interest in cultural, diversity and third world issues

Ade is an avowed Nkrumaist who has been associated with the CPP since his school days in Ghana and he can be contacted at www.equinoxconsulting.net or [email protected] . London, September 2019

GES Boss Back Down Calls For Virtual WASSCE
21 minutes ago