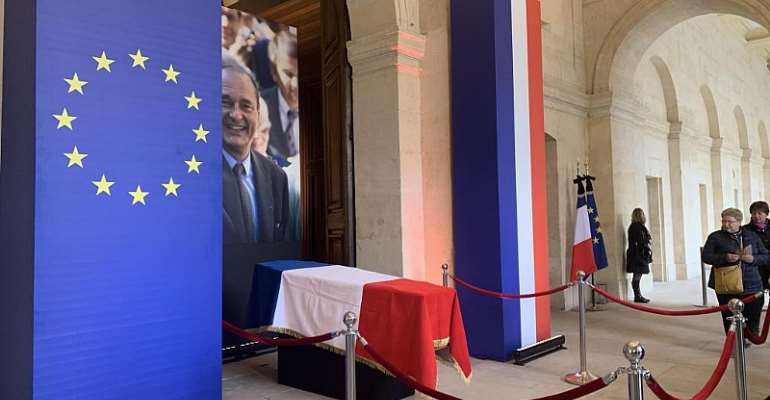 France will on Monday begin an official day of national mourning for its former leader Jacques Chirac, who passed away on Thursday at the age of 86. Several events are planned, including a solemn church ceremony in the presence of international guests.

At 9h30 on Monday, an intimate church service is to be held at Saint-Louis-des-Invalides, where Chirac has been lying in state since Sunday.

The former president will be given military honours, in the presence of President Emmanuel Macron.

From 11am, a funeral procession will be escorted to the Saint Sulpice church, where another ceremony will be held in the presence of over 100 special guests from France and abroad.

Among the international guests, Russia's President Vladimir Poutine, Italy's President Sergio Mattarella, the President of the Republic of Congo Denis Sassou-Nguesso and the King of Jordan Abdallah II.

Other guests include former presidents, Bill Clinton from the United States, Chile's Michelle Bachelet and Abdou Diouf from Senegal.

Former French Presidents François Hollande, Nicolas Sarkozy and Valéry Giscard d'Estaing will be present alongside other politicians, to pay homage to Jacques Chirac. However, Chirac's family requested that they did not wish the presence of National Rally leader Marine Le Pen.

The ceremony will be followed by a lunch at the Elysées Palace.

Jacques Chirac will then be buried in the family plot in the Montparnasse cemetery.