Mass Entrance Exam Failure: May It Please Your Lordship, The Chief Justice 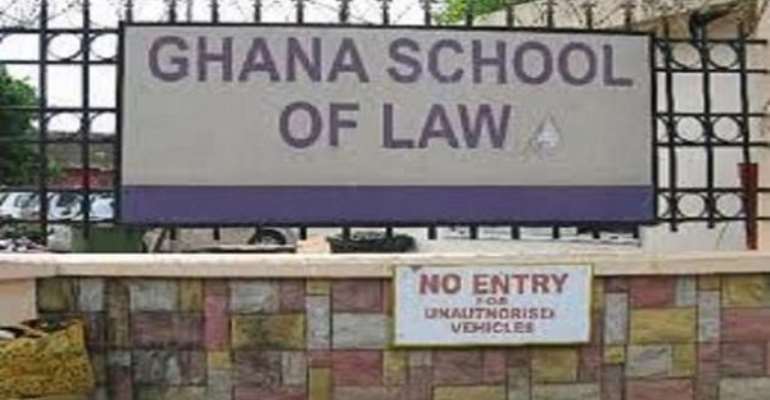 Over the weekend, my plan was to apply myself to enough rest in anticipation of a usual hectic week. But that was cut short – aside paying a visit to the family for pre-burial duties and correspondence, I was invited to a meeting with a diplomat.

There, I sat among ten or so law students. They prologue our meeting with chats about their disappointment over the reported mass failure of applicants to the law school. It was obvious some of them were victims and disgruntled. One of them, a very good friend, engaged me to find out my take on the issue. Just when I was about forming my thoughts, he alleged out of frustration – “the CJ is the one behind all these!”

One can observe a trend to these failures. The law students and their governing council have described this as a “systemic problem”. It is reported 1,820 candidates sat for the entrance exams this year. Out of this large number, only 128 have passed and could be admitted. This represents 7 percent pass. The 90 percent remainder failed.

The trend is glaring even more when one thinks about the outcome of the Ghana Bar exams months ago. The system once again recorded over 90 percent fails, i.e 727 students could not meet the pass mark.

Meanwhile, the Chief Justice, Her Lordship under whose sacred reign the legal fraternity and academia is experiencing such turmoil is determined to cap the number of students admitted to the law school. She believes law should not be ajar to everyone and anyone. Not only that, she has cautioned lecturers to produce lawyers under efficient control, checks and balances least they will be rejected irrespective of who is advocating for or exercising academic mercies.

To my take. First, a fail is a fail, even if it happened by a whisker. The act to publish and to shame was highly permissible, possibly right or possibly wrong. The standards should not be lowered for no logical reason. But let's also face the ethical reality – every student who is either among the 128-pass class or among the 90 percent failed class would be unhappy with this kind of result. Students are like ants, in such distressing moment, we stand together regardless the truth that we are partly to be blamed. We do not only empathize and call for a redress because we understand the ordeal and sleepless nights we applied ourselves (only), but more importantly, we know it could be either of us at the failing end, anytime.

Lecturers on the other hand, should get worried even more. They take the credit when their students pass, so in the same vein, they should fear to be chided when their students record such fiasco. They should not be happy about this. Even more should be the students who have their parents or guardians as lawyers and judges. One would say the long-standing tradition is finally cut.

The Chief Justice seems to bear the most brunt averred the firm comments she has uttered on this matter of admission in recent past. The bus-engine starts with the law lecturers, but certainly, it stops with Her Lordship. It was therefore not surprising to hear a bunch of my disgruntled law friends say the unfortunate development could have been salvaged by the third most powerful woman of the land according to the constitution– Your Lordship, the Chief Justice.

At least, during my undergraduate days, I learned about the conventions of my lecturers. They used to say “It is not our delight to see you fail” but “as for some of you, no matter how we tried to exercise lecturer's prerogative of mercy; you still say on the paper that you want to fail”. But I have also heard a weird instance where an academic board was asked to review grades to get some students failing because the students “killed” the paper. In other words, the results were too good to be true.

It goes without saying therefore that, every law could have a mercy clause. Was that the case for my friends in the law craft?

I am forced to believe the latter was not the case in the matter of the over 90 percent failure neither was there any mercy exercised by the examiners. If it were, the situation called for an urgent second look at things before such news was published.

Before I drop my pen my lords, the calls for review by students goes beyond the “mafia of mass failure”, which we partly accept blame for, rather, it seeks to address a recent trend of care-less and indifference about the fate of the teeming law students and lawyers in this country, talk less of the fees charged for re-sit and remarking, as well as the policy of rewriting all papers if a student fails more than 3 papers. The focus I think, is the general system and how issues of these budding professionals are being handled.

So may it please you, the powers that may be that, something be done about it.