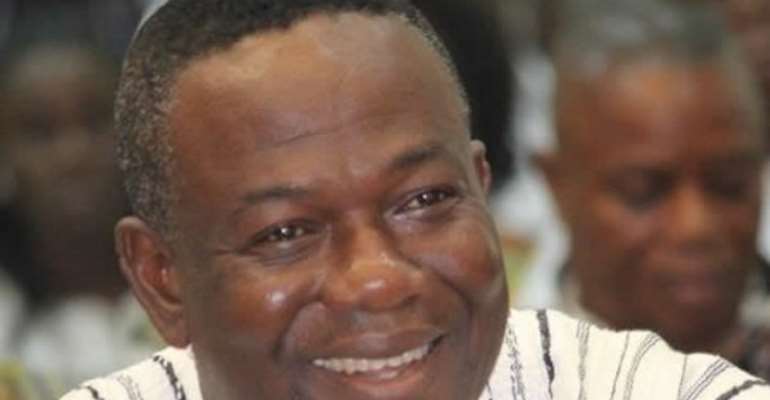 The Chieftaincy and Religious Affairs Minister, Kofi Dzamesi says government was working towards the reconstruction of the Gari Factory at Ehi in the Ketu North Municipality of the Volta Region.

The factory would be equipped with modern facilities and revived to produce for local and foreign markets while creating jobs for the people.

Mr Dzamesi said this at the 2019 Ehi Nutome Galiza, on the theme; "Empowering Women through Agriculture and Entrepreneurship."

The Ehi Gari Factory was built by government in the late 1990s but collapsed some 12 years later.

The Minister said in two weeks, construction works would begin on the Ehi Market to pave the way for the new factory.

He said Government believed in industrialization and called for support from the people to open up the area and grow the local economy.

The Chief Executive Officer, National Board for Small Scale Industries, Kosi Antwiwa Yankey, in a speech read on her behalf, encouraged businesses in cassava processing to be innovative and diversify products into wide array of value added commodities such as sweeteners, cassava chips and industrial starch.

She asked them to adhere to standards to be able to access opportunities in international markets.

The Member of Parliament for Ketu North, Dr James Klutse Avedzi, commended the chiefs and people for using the festival to develop the area and urged the Government to fix the roads for easy transportation of farm produce to market centres.

He, however, said the continuous use of hoes and cutlasses and outdated farming practices, especially by women, was negatively affecting the gari business.

Torgbui Adukpo reiterated the need to for Government to fix roads leading to market centres and improve facilities in schools with incentives for teachers to enhance teaching and learning.