Promised Cars Were Not For Free — Defeated NPP Candidate Explains 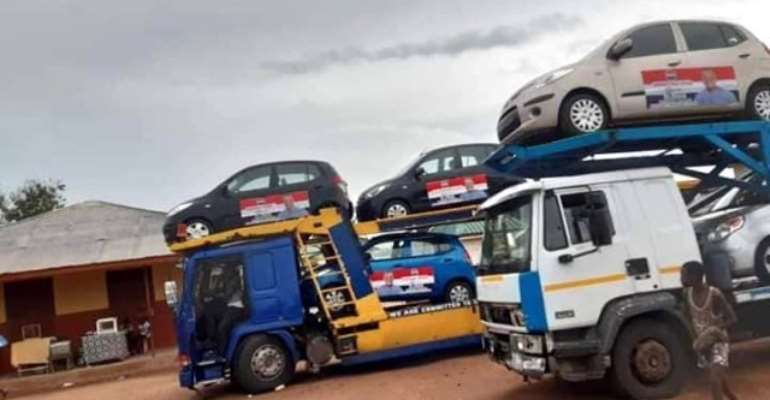 The New Patriotic Party’s defeated aspiring candidate Elisha Debrah Odoom says he had no intention of giving out the branded cars to constituents for free.

Elisha Debrah Odoom had transported the saloon cars to the election grounds to donate to the party on Saturday as part of his contribution to getting the party re-elected in 2020.

He was contesting the Ajumako-Enyan-Essiam seat in the Central region.

He had promised to donate each of the branded cars to all the nine zones in the constituency. The remaining one, according to Accra-based Kasapa FM, is to be donated to the constituency office to ensure the effective running of party activities.

However, this was not to be as Mr Debrah Odoom who was so sure of representing the governing NPP lost to Rashid Kwesi Etuaful.

When the votes were counted, he polled 67 votes as against his contender who secured 411 votes. 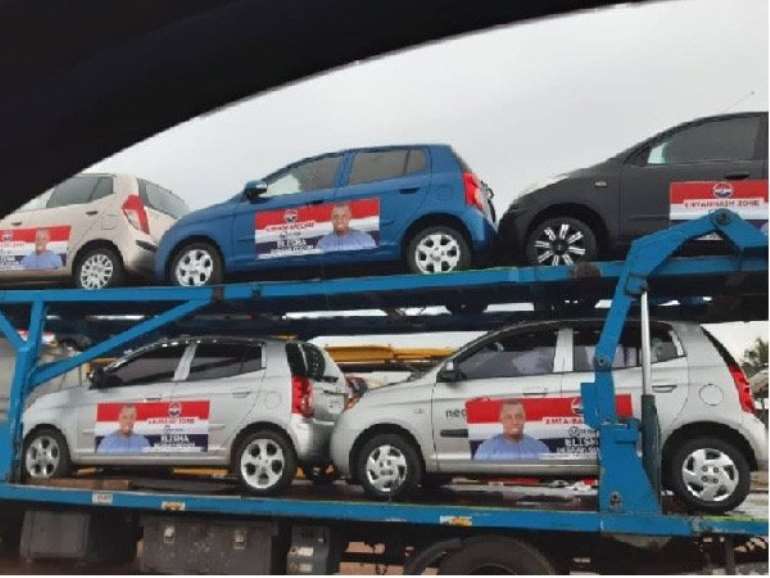 But in a statement copied to Joy News, the defeated aspirant said while he intended to give out the cars, it was based on a business module and required payment.

He explained the idea was to help the party become economically independent at the grassroot.

“To this end, a special arrangement was made with a car dealership to procure 10 small cars to be used as taxis to benefit all party members and not just delegates in the nine zones of the constituency.

“This special arrangement was ‘work and pay’ kind as done in the normal scheme of things. The release and presentation of the cars was conditioned on the success of our candidature and as we speak, the cars have been sent back because having lost the election, we will not have the leverage to guarantee the compliance of the payment schedule as agreed with the car dealer.”