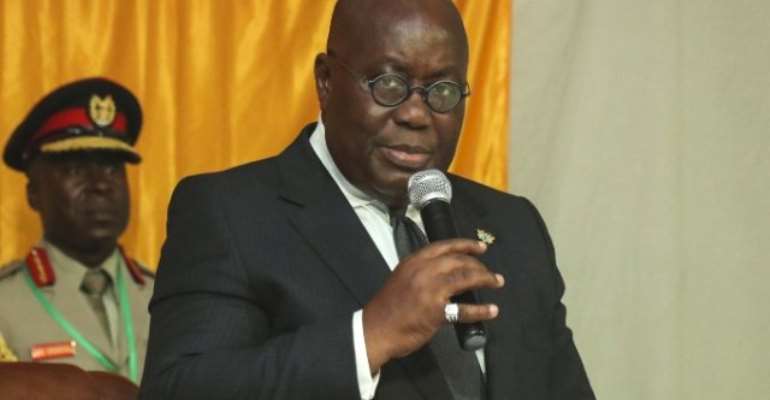 The President Addo Dankwa Akufo-Addo believes Ghanaians, majority of them, see and appreciate what he describes as “steady progress” under his administration.

“I am aware that the naysayers are trumpeting, in as loud voices as they can muster, their denial of what is happening in front of their very eyes, but I know the Ghanaian people, in their majority, are conscious of the steady progress that is being made despite the difficult circumstances which attended our assumption of office, and, next year, they will have the opportunity so to pronounce,” he said.

Addressing party faithful at the event, the President noted that “all of us in Government, by dint of hard work and prudent management of our resources, have been able to steer our country out of the stormy waters and economic mess that had characterised the years before 2017.”

With Ghana projected, this year, by the IMF, to be the fastest-growing economy in the entire world, with a projected GDP growth rate of 8.8%, the President noted that all macroeconomic indices are pointing in the right direction, stressing that it comes as no surprise, therefore, that, today, Ghana is the leading recipient of foreign direct investment in West Africa. 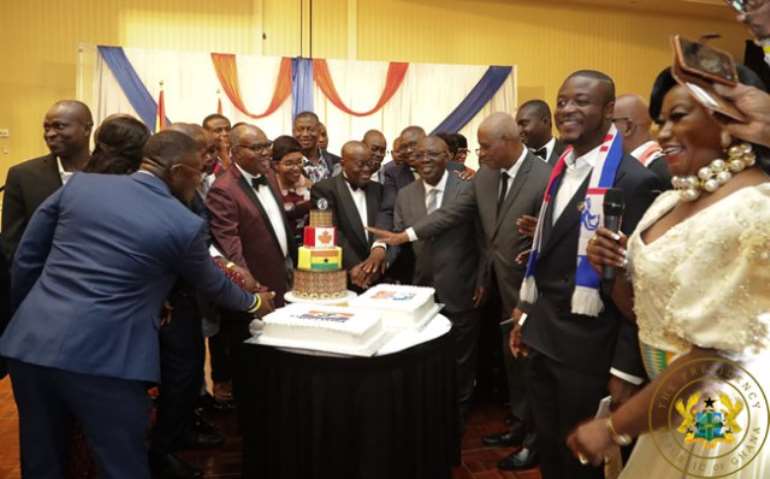 “Inflation for August 2019 stands at 7.8% and is in single digits; our trade balance account, for the first time in more than a decade, recorded a surplus in 2017, maintained it in 2018, and we expect to maintain the surplus for this year as well. We have brought the fiscal deficit down from the 9.3% of 2016 to 4.5% currently,” he said.

Government, he stated, has cleared the GH¢1.2 billion arrears inherited from the Mahama government, which has, as a result, brought the operations of the National Health Insurance Scheme back to life.

Additionally, bold measures have been taken to sanitise the banking system and strengthen it, with deposits of 4.6 million Ghanaians safeguarded.

“We are also sanitising the energy sector, by ridding it of billions of recklessly incurred debts from the Mahama government that threaten to strangle our public finances. The results of our programme for “Planting for Food and Jobs”, which is providing incentives and boosting incomes of one million farmers, have been spectacular. We have had two bumper years of produce, and, last year, we did not import, unlike in previous years, a single grain of maize,” President Akufo-Addo added.

In addressing the issues of unemployment, his Government, the President indicated, has through the Nation Builders Corps initiative, put one hundred thousand graduates to work, obtained financial clearance for the employment of 54,892 health workers, with some 59,000 teachers given jobs since he came into office in 2017. 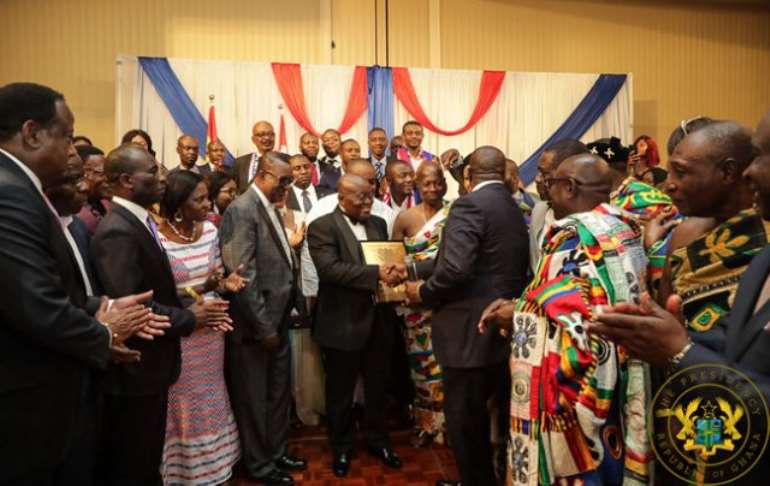 He stated further that the “One-District-One-Factory” and “One-Village-One-Dam” programmes, and the Zongo Development Fund and the Infrastructure for Poverty Eradication Programme (IPEP), are being pursued to stimulate job creation opportunities across the country.

“The allowances of nursing and teacher trainees that were scrapped by the Mahama government, have been restored, and the three hundred (300) ambulances, i.e. 1-Ambulance-1-Constituency, and the remainder for the National Ambulance Service, have started arriving, with the last batch by December,” he said.

President Akufo-Addo continued, “Free SHS, which was described as an impossibility and a misplaced priority by our opponents, has been successfully implemented. 1.2 million children, the highest enrolment of pupils in Senior High School in our history, are benefitting from the policy. Since April this year, we have also reduced the benchmark values of import duties by as much as 50%, and, in the case of vehicles, by 30%.”

In addition to the introduction of decisive, comprehensive steps to harness the benefits of the digital revolution to the administration of the country, the President reiterated Government’s commitment to having digital systems manage all government receipts and payments by 2020.

Touching on corruption, President Akufo-Addo reiterated, “despite the crudely-orchestrated effort to brand my government as corrupt”, the commitment of his government to fighting corruption not just in words, but in deeds. 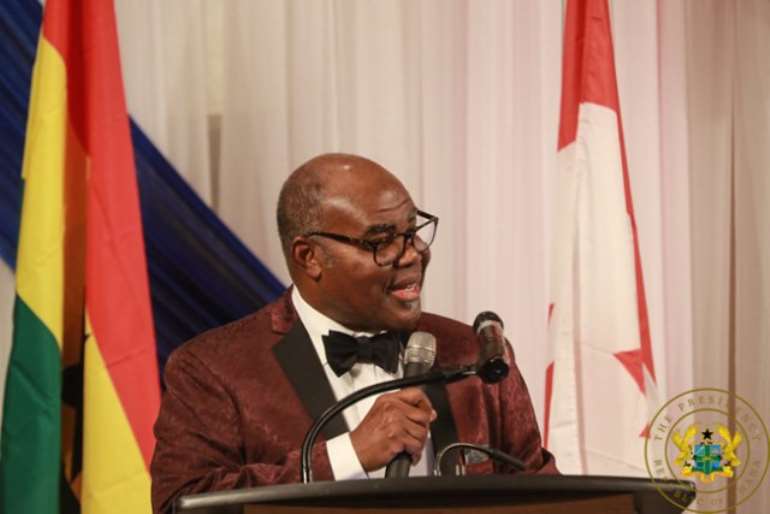 With every allegation levelled against my appointees investigated or being investigated by the authorised institutions of our state, and not by him, he noted that 21 officials of the past administration are on trial for various alleged offences of corruption or willfully causing financial loss to the state.

“I will not sacrifice due process in order to play to the gallery… It, therefore, does not come as a surprise that, in the Global Corruption Barometer, conducted by Transparency International and Afrobarometer, 60% of Ghanaians, in 2019, believe Government is doing a good job at fighting corruption, as opposed to 25% in 2015”, the President added.

Reiterating his belief in Ghana, President Akufo-Addo stated that only hard work, innovation, creativity and enterprise can produce the accelerated development and wealth for the Ghanaian people.

“My Government has a clear vision of where we want to take Ghana, and we will, by the grace of God, realise that vision. It will not be easy, but, with perseverance and steadfastness, we will get there. I need each and every one of you gathered here to join hands in delivering progress and prosperity to every part of our country. We have a bright, excellent future ahead,” he added.