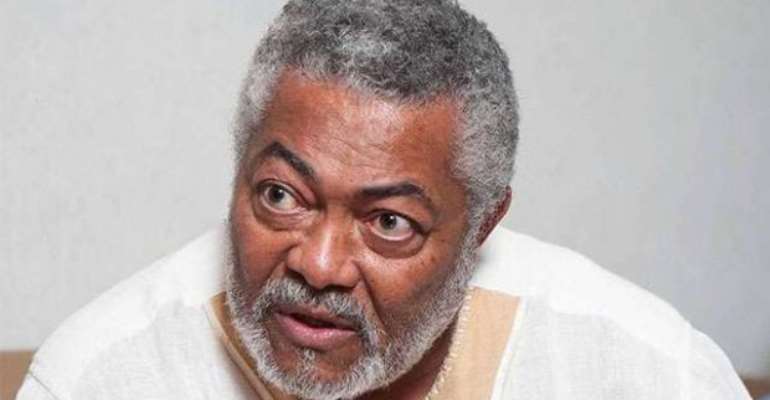 Former President, Jerry John Rawlings has said efforts by the Akufo-Addo administration to restore peace in the Dagbon traditional area is not complete since justice has not been served in the matter.

Acknowledging the government’s role in the matter, Mr. Rawlings, however, said: “I think he achieved that peace with no justice so it means if you are sleeping you must sleep with only one eye closed.

Speaking at the National Cadres Conference for the National Democratic Congress, Kumasi, Mr Rawlings maintained that the gruesome killing of Yaa-Naa Yakubu Andani II was obvious and should have been investigated thoroughly to bring the perpetrators of the crime to book.

According to him, he had consistently asked the late President Atta-Mills to investigate the killing since no individual or organisation should have the power to take human life without just course.

“No organisation should have the power to take human life without just cause. We still have not gotten to the bottom of the 34 women who were killed in my last four years but these obvious ones can be investigated.”

The coronation of the new Ya-Naa Abukari Mahama II on Friday, January 25, 2019, brought to an end nearly two decades of conflict in Dagbon over the skin after years of mediation.

The conflict dates back to when Ya-Naa Yakubu Andani II was murdered in March 2002 after an eruption of violence during the Yendi’s traditional fire festival.

That murder led to the Interior Minister at the time, Malik al-Hassan Yakubu resigning amid accusations that he backed one of two feuding clans involved in the fighting.

Tensions over his successor ensued as a 1974 Supreme Court ruling ruled in favour of the Andanis and directed that the kingship should alternate between two factions; the Abudus and the Andanis.

But the Andanis suspected Abudus in the murder and felt that those responsible for the Ya-Na’s murder should not be allowed to profit from his death.