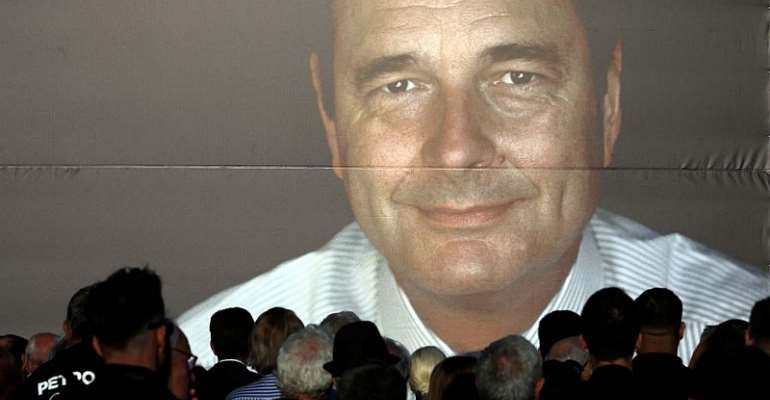 Jacques Chirac, who died Thursday at the age of 86, is considered by the French as the best president of the Fifth Republic, and tied only with Charles de Gaulle.

According to an Ifop poll published in the Journal du Dimanche, Sunday, he received a preferential vote of 30 percent of respondents, up 20 points compared to a similar Ifop survey in November 2013. François Mitterrand tumbled from 28 percent to 17 percent.

Chirac is most popular with French people under the age of 35 (47 percent) – with the most support in any group in the 25-34 year olds (50 percent) category. Among over 35-years-old the biggest support as (23 percent), with 33 percent opting for De Gaulle.

Twenty-three percent of those in higher socio-professional categories choose Chirac, compared to 27 percent of intermediaries and 38 percent among the less well off.

Alain Juppé is perceived by 62 percent of respondents as the political heir of Chirac, far ahead of all other politicians.

In terms of the most important actions during his presidency, opposition to the war in Iraq is by far the most often cited (71 percent), followed by the the suppression of military service (41 percent) or the discourse on ecology and " our burning house "in Johannesburg in 2002 (33 percent).

Asked about the image they will retain of the former head of state,  respondents replied:

The survey the result of a by self-administered questionnaire online on September 27 with a sample of 1,015 French people aged 18 or over.