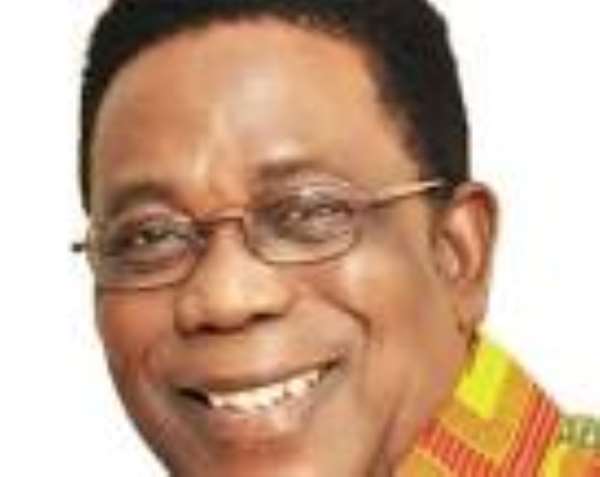 Minister of State In-charge of Tertiary Education, Professor Kwesi Yankah last Saturday won the Agona East NPP parliamentary primaries with a promise to capture the seat from the NDC in 2020 general elections.

He obtained 267 votes out of 570 votes beating his rivals Dr. Kwabena Abrokwa and Mr. Prince Yaw Essah who had 175 and 127 votes respectively.

The Elections which was supervised by the Agona East District Electoral Officer, Mrs. Patience Shebrah was generally peaceful. She accordingly declared Professor Kwesi Yankah winner of the contest and Candidate-elect.

He pledged his unflinching support to enable NPP capture the seat from the NDC come 2020 general elections.

" Congratulations Prof for winning the contest. Am always at your service and will work assiduously to ensure total victory for you, Nana Addo Dankwa Akufo Addo President of the Republic of Ghana and NPP as a whole"

Dr. Abrokwa also called on the party faithfuls to put all hands on deck for the task ahead.

Professor Kwesi Yankah in his acceptance speech thanked the delegates for the confidence imposed on him vowing to capture the Parliamentary Seat from the NDC.

" With this victory, let us come together and tell certain Maame Pokuah Sawyyer that her Time is up.

Professor Kwesi Yankah has come and is going to snatch the Parliamentary Seat from her.

She won't be Member of Parliament for Agona East Constituency after the 2020 general elections. NPP being the real owners are coming like kakai to capture it.

Today's victory is not only for Kwesi Yankah, it's for His Excellency Nana Addo Dankwa Akufo Addo, President of the Republic of Ghana, Agona East NPP as well as the entire people in the constituency.

I have come down to my people as the humbled person you have known all this while and will continue to do so. My doors are opened . Let work with one accord to win more votes for the NPP.

Am extremely happy the way and manner the Elections were conducted. It was generally peaceful, transparent and Free and Fair in accordance with NPP's customs and traditions.

As a Region, we will give Professor Kwesi Yankah all the needed support to augment his campaign.