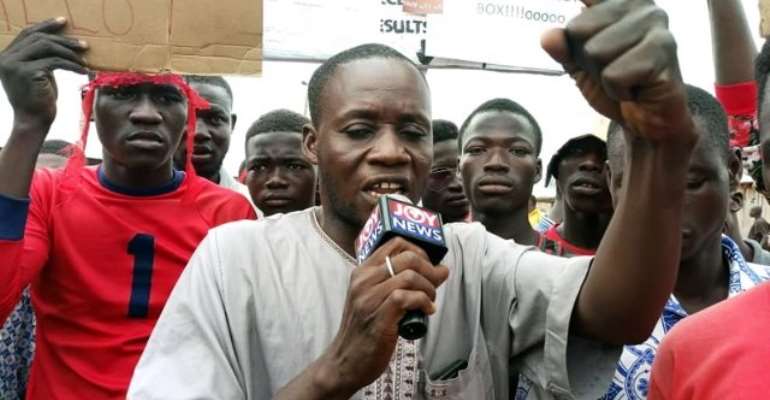 To bring to the fore the deplorable condition of the only access road in the area and governments apathy towards repairing it, residents of Wundua in the East Mamprusi municipality on Friday staged a street protest.

Angry youth on Friday warned politicians to stay away from the community during campaigns next year unless important roads in the East Mamprusi municipality are fixed.

According to them, the state of the roads has made it a hotbed for robbers who have successfully attacked 19 times in the last seven months and continued to brutally terrorise market women and motorists.

The road connects from Langbinsi near the municipal capital on the main Walewale - Nalerigu road and runs through the Wundua community to link the municipal to its southern neighbours of Karaga and Gushegu in the northern region.

The community is a vital granary in the northern sector and a caravan village where traders, marketers from distanced regions and large scale farmers converge to buy and transport their goods.

However, it lacks many basic amenities and household poverty among the farm population is high in spite of the booming economic activities in the area dominated by tribal minorities such as Moshies and Bissas.

When it rains, residents say, the road becomes a dangerous quagmire of slippery mud, making accessibility a challenge but also providing a greater leeway for invading armed bandits who waylaid in nearby bushes and beneath the abandoned bridges to trap and attack their targets.

The Friday protest saw the locals gathered from the village market and marched to the chief palace, raising slogans and brandishing placards against their Member of Parliament Hajia Alima Mahama and the Vice President Mahamadu Bawumia amidst chants of neglect and regrets; "No road, No vote". 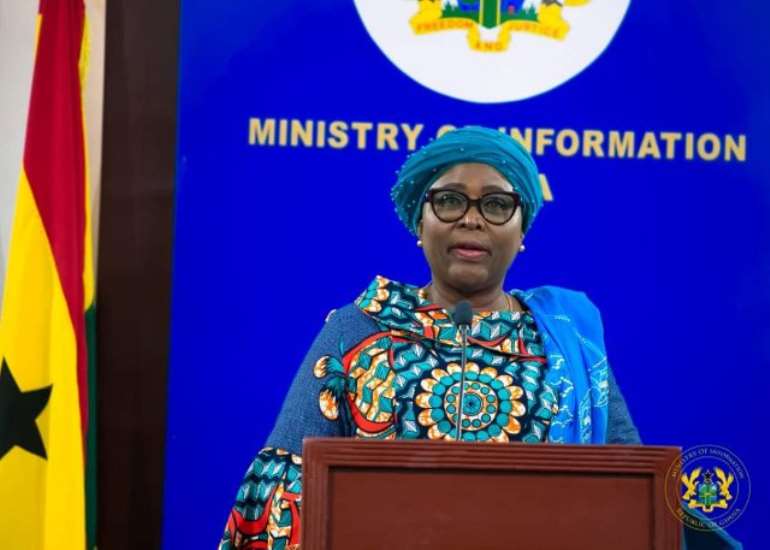 Photo: Hajia Alima Mahama is MP for the area

The chief, Naa Abdulai Chimsi addressing the gathering said he continued to receive almost daily reports of robbery attacks on his people and recounted how a motorbike from his palace was snatched by the robbers on the road.

The chief said classrooms have sometimes remained empty because teachers were now afraid to travel on the road to teach which he added was affecting education in the area.

Naa Chimsi said the community felt disappointed at the vice president who promised them in 2016 to fix the road in three months when voted to power.

He appealed for immediate intervention from Hajia Alimah and Dr Bawumia, saying he might be unable to prevent the youth from carrying out their threats in the next voting season.

Outside the palace, protesters regrouped and a petition was read by a youth leader, Salifu Imoro.

"Some culverts have been constructed without filling them and hence armed robbers have been using them for hiding places to attacking people on the road", the youth leader said in the prepared statement.

"One person has been shot dead and several people have been wounded by these armed robbers. At least five (5) motorbikes have been snatched and thousands of Ghana cedis just within this year. Isn't it sorrowful? Are we really part of Ghana?"

Imoro said the bad nature of the road coupled with the activities of the robbers have disrupted their farming lifeline and that people especially women were now living in fear and suffering.

He added that, "furthermore, we also wish to remind His Excellency the Vice President of the Republic of Ghana, Alhaji Dr. Mahamudu Bawumia, on his campaign promise with the people of Wundua during his campaign for 2016 General Elections", saying the vice president had promised to " provide network poles and fix their road in three months if they voted for the NPP".

The youth leader repeated their threats to chase away politicians and reject ballot boxes in 2020 if the road was not constructed.

"We want to tell our political leaders that if our problems are not solved, we are not going to admit a ballot box into our community because we don't know the reason for voting if voting cannot solve our problems".

Many residents who had been attacked and robbed on the road came forward to share their ordeals to JoyNews, all of them, resolving to be hostile in 2020 against all politicians unless the road is repaired.

The East Mamprusi Municipal Chief Executive, Abdul Nasiru Danladi, and the North East Region Minister, Solomon Boar, were both unavailable for a response.

The Member of Parliament, Hajia Alimah Mahama, did not also respond to request for comment.