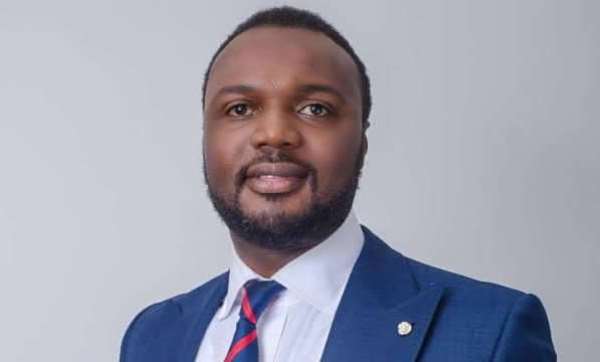 Misgovernance and a complete breakdown in regulation in the banking space between 2009 and 2016 enabled nifty entrepreneurs like Ato Essien and others to obtain Banking licenses without meeting the necessary requirements.

An exclusive forensic report by PricewaterhouseCoopers (Pwc), indicates that First Plus Capital Savings and Loan (FPCSL) may have obtained its Class 1 License to become Capital Bank by false pretense.

The inherent fraud in the licensing regime and the attendant misgovernance explain why the Mahama led administration’s approach, which strangely, they still hold as their solution, failed to sanitize the banking sector. Fact, no one can successfully build a house unless the foundation on which it rests, is sound. This is the heart of the problem; a banking sector not fit for purpose.

By dint of its illegal formation, Capital Bank was predestined to fail. It was just a question of time because it did not have the money and perhaps the managerial capacity to endure.

In applying for its class 1 license, having operated as a savings and loans institution since 2009, FPCSL needed to post a minimum capital of GHc60 million. Pursuance to the minimum capital requirement, the shareholders of FPCSL presented a certificate of investment for capitalization to the BoG totaling GHc52.3 million, being the sum of three separate investments.

According to the findings of PricewaterhouseCoopers, the investment capitalization certificate submitted to the BoG on 6th November 2013, to back the acquisition of a banking license was classified upon maturation as a non-existent investment. In other words, the shareholders of FPCSL manipulated the BoG to create a bank without meeting the established legal requirement to become a bank in Ghana.

The evidence of probable illegality is herein manifest. Whether or not the BoG was blindsided or actively colluded with the promoters of FPCSL to occasion the creation of an illegal bank to defraud Ghanaians, and to enrich the shareholders, remains a matter for the courts to determine.

Mr. Ato Essien’s subtle attempt to blame government is no different from the expedient view of the opposition NDC, the enablers of Ato Essien’s tragic enterprise. But whatever the political ploy, the evidence illegality surrounding the formation of Capital Bank, indict Mr. Ato Essien and his enablers.

Mr. Ato Essien must muster the courage, to accept that he failed his customers with his elaborate fraudulent enterprise parading as a bank. Instead of seeking sympathy through his media engagements, he needs to render an unqualified apology to the victims of his actions.

Without a doubt, the customers of Capital Bank and taxpayers are the real victims, not Ato Essien, because, by design, he was the beneficiary of the illegal enterprise called Capital Bank.

Finally, it is perhaps, time for we the people, to put constructive pressure on this government who bears the unfair burden of a banking sector mess, to expedite efforts to prosecute the likes of Ato Essien and all others whose selfish drive, clothed in enterprise, have succeeded in hurting thousands of Ghanaians and the health of our banking sector.

Modern Ghana Quote Reports
Catch up with all the political quotes from our politicians.
Sponsored
More Article
Modern Ghana Links
The importance of remembering Kenyan artist Rosemary Karuga
History of divisive ethnic identities shows it's time Nigeria admits its role in enforcing them
Intellectual property and COVID-19 medicines: why a WTO waiver may not be enough
COVID-19 holds lessons for the future of social protection
South Africans are revolting against inept local government. Why it matters
Kenya has been trying to regulate the charcoal sector: why it's not working
Why efforts to clean up charcoal production in sub-Saharan Africa aren't working
Poor rural infrastructure holds back food production by small Nigerian farmers
Okonjo-Iweala in the WTO top job: breaking the glass ceiling is a win for all women
Quote Reports Dossiers
TOP STORIES