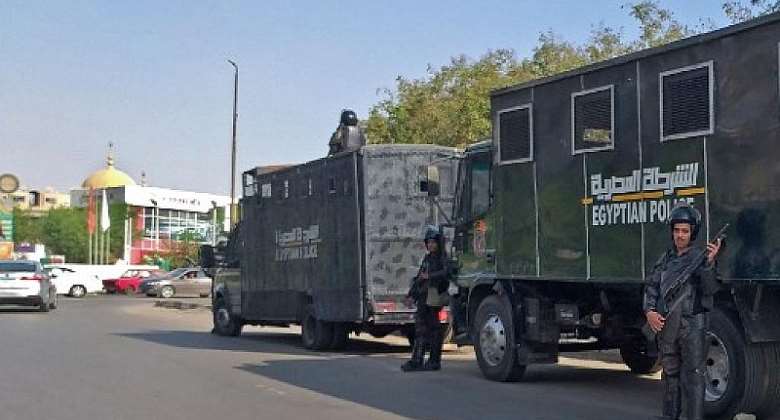 Authorities in Egypt have lifted some of the security measures put in place in the capital Cairo in an effort to thwart possible protests against President Abdelfattah al-Sisi.

Ahead of a call for a million person march on Friday to protest Sisi's presidency, Egyptian authorities began to seal off access to Tahrir Square in Cairo.

Thousands of police were deployed to Cairo's streets with plain clothes police carrying out impromptu checks on civilians' mobile phones to verify any political activity.

Since the revolution of 2011 that ousted former presodient Hosni Muarak, and then again in 2013 to end Mohamed Morsi's presidency, Tahrir square has been the epicentre of Egypt's uprisings.

Following last Friday's protests against President Sisi, protesters defied the ban on public gatherings of more than 10 without authorization and demonstrated at major city centres in many cities across the country, including Tahrir square in Cairo.

So far, the protests have led to a crackdown of over 2000 people arrested say human rights lawyers and groups.

Impetus for protests
Since Sisi came to power following the overthrow of the Muslim Brotherhood's Mohamed Morsi, public gatherings of more than 10 people without government approval have been banned.

Few have dared to speak out openly against his government for fear of becoming another victim of the crackdown on dissent – considered one of the severest in the country's modern history, according to human rights groups.

As the economy weakened and the Egyptian pound was devalued in 2016, the number of people living below the poverty line increased during the 2017/2018 fiscal year to 32.5 percent.

But such projects cost money – money that could have been used to help the people, says Mohamed Ali, an actor and former building contractor with the Egyptian army.

Since the beginning of September he has released many videos criticising the extravagant spending habits of Sisi and his government to the demise of the people.

He also said the government owes him nearly 12 million euros in fees for construction projects his company Amlak built.

Speaking to the people using colloquial language rather than any formal Arabic, he has called for the end of Sisi and put out the call for a million person march on the streets on Friday.

Small numbers
In reality, few people came out on Friday, or at least not in the numbers Ali and others had expected.

In Cairo, there was a small protest of at least three dozen people on el-Waraq island, located in the north of the city that was quickly dispersed said one eye witness to Associated Press.

There has also been a crackdown via the internet and social media, a move that may have played a part in hampering organisation of protesters. Netblocks, an organisation that tracks worldwide internet disruptions and shutdowns has been updating its site with regards to Egypt.

According to a report issued by the Open Observatory of Network Interference, OONI, major broadcasters have also been blocked, such as BBC and Alhurra.

Government reaction
While the government still has not come out openly to comment on the protests, upon his return to Egypt after attending the UN General Assembly in New York city, headlines in pro-government papers quoted the president as warning against “deceitful” attempts to discredit his rule.