Ghana's Police And Judicial Systems Are Still Corrupt And Rotten 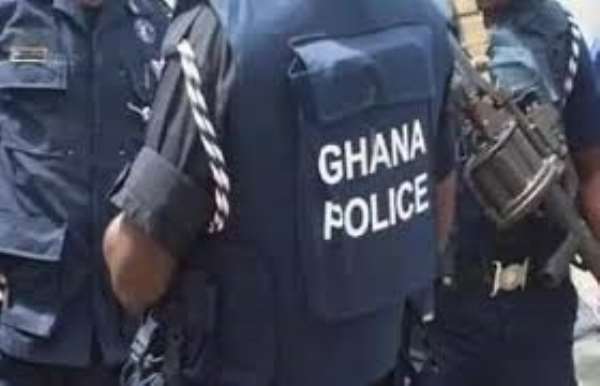 The judiciary has been very corrupt and rotten since Ghana became a republic. Many innocent people are languishing in jail due to favouritism and biased judgements. Complaints about wrong judgements and injustice have gone on from one government to the other. The judges’ performance became worse during the NDC regime. In a situation like this, only the poor and the defenseless suffer. In 2015 at Berekum, a man stole a goat from a neighbour’s compound. He was arrested and sent to court. He was slapped with 14 years in prison. Another person stole a bunch of plantain from a farm at Worakese. He was jailed for 10 years. Meanwhile, an accountant of a national corporation embezzled GHc15m and he was given a prison term of 3 years! Compare the worth of a goat or a bunch of plantain to the amount embezzled by the accountant. That is Ghana's court for you!

The rot in the judicial system prompted the investigative journalist, Anas Aremeyaw, to conduct underground investigations and to test the conduct and attitude of Judges in the performance of their work. When Anas went to the various judges' offices, they willingly took bribes in the form of money, goats and chicken. All these bribery and corruption on the part of the judges were secretly recorded by Anas and later shown to the public. The judges were exposed big time! More than thirty judges were found guilty of bribery, corruption, putting innocent people in prison and causing rot in the system.

When Akufo-Addo became president in 2016, many Ghanaians were sure that he would tackle the rot in the legal and court system. Nana-Addo himself is a seasoned and versatile lawyer and a former Attorney General. Has he been able to strengthen court system or remove the rot in it? Under his rule the court continues to be slow. Cases that can take a week or two, take three or more years! Very serious and urgent cases still lie with the courts undecided. Since Nana-Addo comes from the same town as the late MP J.B Danquah, one would have expected him to take personal interest in the case. For his three years in office, the case is still where it used to be.

When two Canadians were kidnapped on their way to their hostel in Kumasi, the police acted swiftly and within a week the girls were rescued and the kidnappers, who were mostly Nigerians and a handful of Ghanaians, were arrested. One of the Ghanaians was believed to be a Kotoko and NPP fanatic. Ever since these criminals were released on bail nothing has been done to them. What are the courts doing? These criminals could have been given stiff sentences if only the laws in Ghana were not too slow. In much the same way the court sat on the case involving the Chairman of the NDC whose crime was considered serious by Ghanaians. On a recorded tape, the chairman was encouraging members to use murder, rape, abduction, and kidnapping to make Akufo-Addo and his party unpopular. The case went to court and nothing concrete came out. He struts and frets the streets like a free man.

A Nigerian, Samuel Uduotek-Willis, who was suspected to be one of the kidnappers of the three Takoradi girls, was arrested and arraigned before court. The presiding judge, Michael Kudjo Ampadu, adjourned the case. He was remanded in police custody. The following day he escaped from the cell through the window by cutting the barricaded the window. From where did he get a cutter? Couldn't the police on duty hear the noise? The police mounted a search for him. He was re-arrested after more than a month's search. He confessed that he was helped to break away from the cell by a CID officer whose face he could easily identify. He refused to disclose how much he paid to him.

The kidnapper led the police to a site where three skulls were retrieved from a borehole. A police statement said a DNA test matched the remains of the girls with their parents. But the police goofed. A parent of one of the girls stated that he had adopted the daughter from an orphanage. A DNA test could therefore not have linked her to him. It is hard to understand why the police want to lie about this. Since the police believed the children will never be found, they wanted to conclude that they are dead.

Despite the undercover work Anas Aremeyaw did which exposed the judges causing many to be dismissed, the other judges have still not learnt any lessons. Cases that are supposed to take a month go beyond a year because monies have changed hands. If nothing drastic is done our judicial system will continue to be partial and rotten.