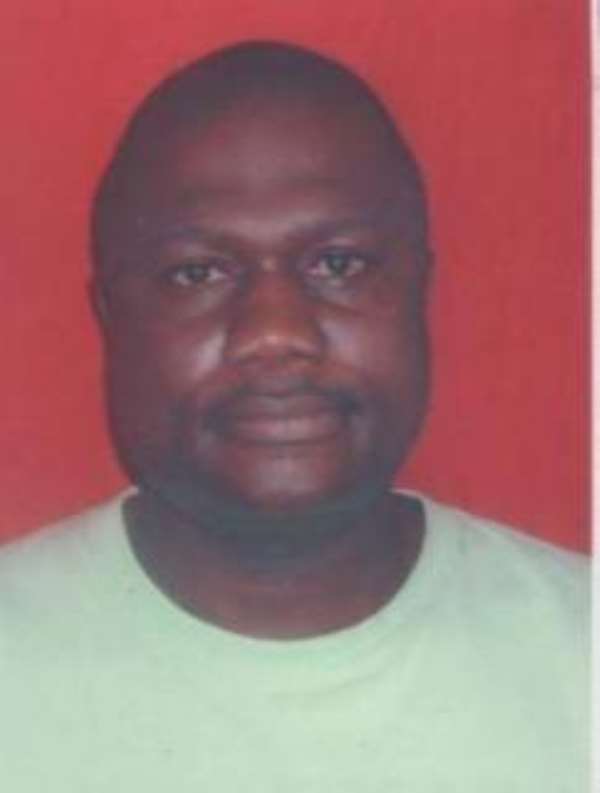 My hand is shaking as I pen this piece, as I tried to articulate a befitting tribute to my dear friend and fellow humanist, Patrick Naagbanton. Patrick’s sudden demise has emotionally devastated me. I am in shock and cannot believe that Mr. Naagbanton has passed away. The news of his death did not come to me as a total surprise. A mutual friend had earlier informed me that he was involved in an accident. A vehicle hit him while he was standing on a roadside in Port Harcourt. I rang his number and someone who identified as the spouse said he was slipping into and out of a coma. My thought was that, given the condition of medical facilities in the country, Patrick would not make it. I told a friend that Patrick’s demise was imminent not because I wanted it to happen. I only feared that given what I was told, the prospects of his recovering were dim. The friend reassured me after speaking with Patrick’s spouse that Mr. Naagbanton would recover. I was earnestly hoping that I was wrong. But I wasn’t. Days after this conversation, Patrick died. Yes, this man died.

I met Patrick through the NGO network. Sometime in the late 90s and early 2000s, I wrote letters to various human rights groups in the country. I was seeking collaboration and partnership with them. I had formed the Nigerian Humanist Movement (NHM) and was eagerly looking for sister organizations that I could work with. Mr. Naagbanton’s organization was one of those that responded to my mail. Patrick was the one who signed the letter expressing readiness to collaborate with NHM and since then we have been in touch.

Patrick was a human rights activist as well as a humanist. In a country where people tend to pander to religion to gain legitimacy, power, and money, Mr. Naagbaton stood out. He never disguised his nonreligious and religion critical positions and viewpoints. In a society where many seldom made the distinction between humanism and human rights, it was a relief to know and work with Patrick.

Although he had his organization, Mr. Naagbanton was a staunch supporter of the Nigerian Humanist Movement. He contributed morally, materially and financially to the growth of the movement in Nigeria. Throughout my years steering the affairs of the NHM, nobody matched or came close to matching the donation he made to the movement. Mr. Naagbanton attended our programs and conferences in Port Harcourt, Benin. Owerri, Calabar, etc. He could not attend the convention in Abuja this year. He informed me in an email that he was taking care of the ailing mother. He sent somebody who represented him at the event. Those of us who were in Calabar for the conference on witchcraft and child rights in 2009 saw Mr. Naagbanton and witnessed the role that he played when the militia from the Liberty Gospel church invaded the venue of the event. He firmly stood his ground and defended the bona fide conference attendees. Patrick was one of those who campaigned for my release when I was detained and was constantly being harassed by the police in Imo, Abia and Akwa Ibom states.

In a country with very few committed public humanists, Patrick was one of those individuals I counted on over the years. He was a pillar and a rock. Any time we had the opportunity of meeting in person he never failed to tell me how alarmed and frustrated he was with the way religious and superstitious beliefs were destroying the country. He worked tirelessly and campaigned vigorously for the realization of a Nigeria that is governed by the ideals of science, reason, critical thinking and human rights.

Besides, Mr. Naagbanton used to forward some of his exchanges with his religious friends to me. These colleagues were unhappy with his nonreligious and nontheistic ideas and constantly pressured him to embrace theism and religious faith. Here are a few of the messages:

This one came from a friend who was worried about Patrick’s health challenges: “I am disturbed by this constant ill-health. Dear, nothing passes God oooo. Thank God for medicine but you need God healing (sic). Get well! Ms. A”

And Patrick replied “Thank you, Ms. A., I will be fine. I am no longer a child. The older I get, the weaker my immune system. Although tremendous improvement in medical science is now our rescue, ours is a fast dying environment coupled with unhealthy lifestyles. What we need to do is to aspire to save our dying population. You studied biology-related science. You should educate me well. My reoccurring ailments are malaria and typhoid. Your field of study can explain why. The right medicine can tackle it. Thanks again for your genuine concern”.

The religious friend replied: “Yes I believe that ill-health is not a good friend to be around with. Let your belief work for you. Just know that there is miraculous healing. That God is real too”.

Another religious friend sent Patrick this message: “Morning Mr. Patrick. This is lady J. We were together at a conference in Akwa Ibom. I have enjoyed reading your poems. All the talents I see in you, look it is our God who gave them to you. You must believe it. You need to bring them to the pulpit of God today. I like and want us to be close. You must accept Jesus Christ as your savior. Please attend any Redeemed Christian Church near you. I love you. JESUS LOVES YOU MORE.”

Now, this was the last message that Patrick forwarded to my phone. He sent it on March 24, 2019. The message says:

“Mr. Patrick, this is making five Sundays I texted you asking whether you were in the church and you always said you were either reading, writing or thinking. For me, it has to be Supreme God or nothing else. All those lower gods such as reading and writing must bow in Jesus’ name. It is like I want to delete your number. I don’t want to do anything with a person who worships work, not the Supreme Being. God is waiting for you Call me. Ms. C.”

Mr. Naagbanton was a principled fighter and dogged campaigner for humanism and human rights. He was a staunch internationally recognized human rights defender. On several occasions, I had asked Patrick how he had managed to survive, work and be safe in volatile and violence-ridden Niger Delta. He usually chuckled and responded in ways that indicated that his work was a duty that ought to be done.

Both the humanist and human rights communities have lost one of their eminent and illustrious activists. Goodbye Patrick, and thank you for leaving behind a legacy of courage and commitment. You live on in the pleasant memories of our encounters over the years as well as in the memories of other friends, family members, and human rights colleagues around the globe. On a final note I must say this:

Our births united us
Our struggles connected us
Your death separates us
And mine will never reunite us
Rest In Peace!