When Pastors Learn From Jesus (3) 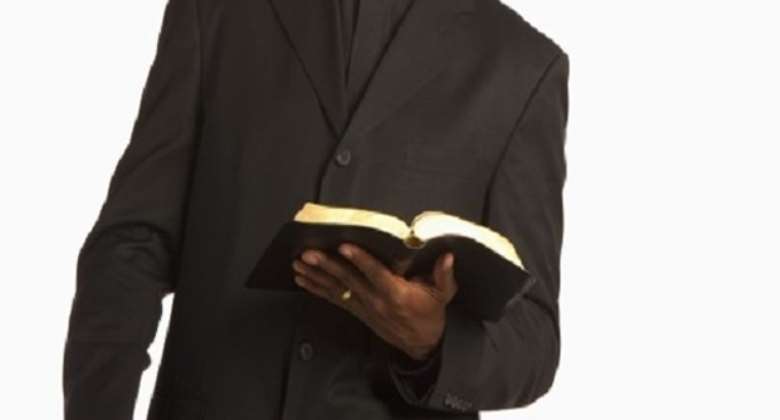 A CHRISTIAN pastor has numerous duties to perform, but his key duty assigned to him is threefold. Christ Jesus who chooses and appoints pastors charges them to first make disciples, second baptise them and third teach them (Matthew 28: 19). Each of these is very important to the life of the disciple who is also called Christian. Our Lord outlined this threefold pastoral duty as part of His post-resurrection instructions to His servants before His ascension to heaven.

But how many of pastors today pay closer attention to this charge? Many believers have been led astray to follow pastors than Christ Jesus; many have been denied true biblical baptism and many have been fed with motivational messages instead of the Word of Christ which is able to make believers conform to the image of Christ for eternal salvation.

Now, this article basically discusses the urgent call to baptise believers. When we learn from Christ Jesus, we would pay serious attention to water baptism. Pastors would make sure that everyone who believes in Jesus Christ receives water baptism. Jesus Christ Himself was baptised by John to show its relevance.

However, Jesus Christ did not have any cause to confess His sins and be baptised in River Jordan for Him to be saved. He did not need to be saved from any sin because He was sinless. John knew the greatness of Jesus as the Son of God.

This might be one of the reasons John did not want to baptise Him, but Jesus insisted that John baptised Him for the purpose of fulfilling all righteousness.

“Then Jesus came from Galilee to the Jordan to John, to be baptised by him. John would have prevented him, saying, 'I need to be baptised by you, and do you come to me?' But Jesus answered him, 'Let it be so now, for thus it is fitting for us to fulfil all righteousness. Then he consented. And when Jesus was baptised, immediately he went up from the water…” (Matthew 3: 13- 17).

As Christians, Jesus Christ is our best and greatest example. He is the greatest subject for our learning. We are called and charged to learn from Him. If He humbled Himself to be baptised, then, we must also humble ourselves to be baptised. In fact, the Lord Jesus was baptised under the Jewish Law and as a Jew, born under the Law of Moses.

However, Christians are baptised under grace as an act of obedience to the commandment of Jesus Christ. Water baptism is not optional for believers. It is a command of the Lord to His church. He instructed us to do it. In Matthew 28: 19, Jesus said, “Go therefore and make disciples of all nations, baptising them…” Yes, His command is that His disciples, those who confess Him as their Lord and Saviour be baptised.

And in obedience to the Lord's instruction, the biblical apostles emphasized water baptism in their preaching and teachings.

In Acts 2: 38, the apostle Peter said to those who heard his message of salvation to “repent and be baptised every one of you in the name of Jesus Christ for the forgiveness of your sins, and you will receive the gift of the Holy Spirit.

This is not to contest the various theories of men out there some of which down play water baptism for Christians. Critics of water baptism often cite the story of the sinner, who received salvation from Jesus Christ while on the cross. The sinner was one of the two robbers who were crucified alongside Jesus Christ, but he prayed Jesus to remember him when He came into His kingdom. And Jesus “said to him, 'Truly, I say to you, today, you will be with me in Paradise.

Undoubtedly, Christ saved the sinner and took him to Paradise. But two things many people overlook are that the sinner was saved under the Old Covenant, and per the circumstance in which he found himself, he could not have been taken to a river or baptistery to be baptised. His case was exceptional. And so the Lord Jesus showed him mercy. In fact, there could be similar situations where a person may be saved without necessarily being baptised in water.

This teaching actually seeks to remind us of the pure command of Christ Jesus to baptise His disciples. It is a command which must be revered and obeyed without disputations. It is sad that, today, many people call themselves Christians, but they have not been water baptised. But water baptism is an important ordinance Christ commanded His ministers and all Christians to perform.

To be baptised means to be immersed or submerged in water. Baptism plays an important role in the salvation of a sinner.

First, it is a command of the Lord. In 1 Peter 3: 21, Peter taught that baptism “saves you, not as a removal of dirt from the body but as an appeal to God for a good conscience, through the resurrection of Jesus Christ. In Acts 2: 38, it is written that repentance with baptism makes believers obtain forgiveness of sins and the gift of the Holy Spirit.

And in Romans 6: 3- 4, the Bible says, “Do you not know that all of us who have been baptised into Christ Jesus were baptised into his death? We were buried therefore with him by baptism into death, in order that, just as Christ was raised from the dead by the glory of the Father, we too might walk in newness of life.”