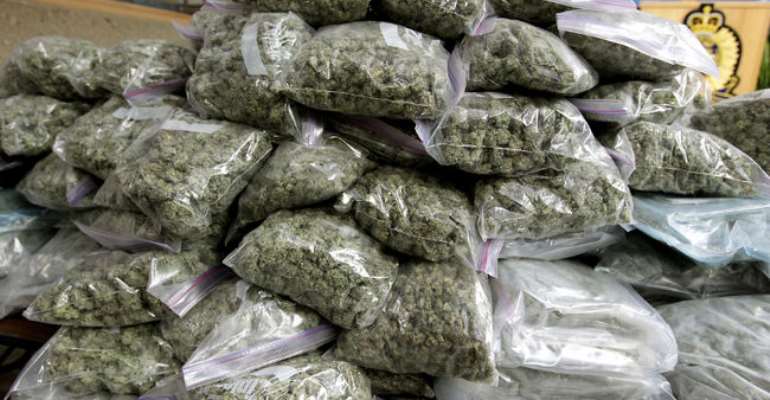 According to Citi News sources, the owners of the farm, have been engaged in Indian hemp cultivation on a large scale for some time now.

The police personnel deployed from the Regional Police Headquarters, acting on intelligence by the Drug Law Enforcement Unit, embarked on a dawn operation and managed to destroy the plantation. However, no arrests have been made yet.

Confirming the news to Citi News, the Deputy Eastern Regional Police Public Relations Officer, Sergeant Francis Gormado indicated that the command has begun investigations to apprehend all persons behind the illegal act.

“Actually, we were trying to get the faceless people behind the whole thing. Yesterday when we got there, we tried our best to get the perpetrators but we couldn't get them. But looking at stage of the crop, we need to be proactive so that the crop does not leave the farm to the market. It will be difficult to control it at that level. So, what we did yesterday was that, we actually destroyed the entire farm which is about five acres of Indian Hemp but we are still pursing the owners of the farm. When we get them, they will face the full rigors of the law,” he said.

There have been calls on the government to legalize the production and sale of marijuana, popularly known as 'wee', in the country by some advocates who believe decriminalizing the hard drug would help improve the present economic situation of the country.

Despite these calls, unrelenting campaigns by interest groups and civil society organizations for marijuana and the Mental Health Authority says the banned substance poses health hazards on people who use it.

Marijuana remains one of the most widely used drugs universally with an estimated 188 million people having used the drug in 2017.

In Africa, the highest frequency and increase in use is being reported in West and Central Africa with rates between 5.2% and 13.5%.