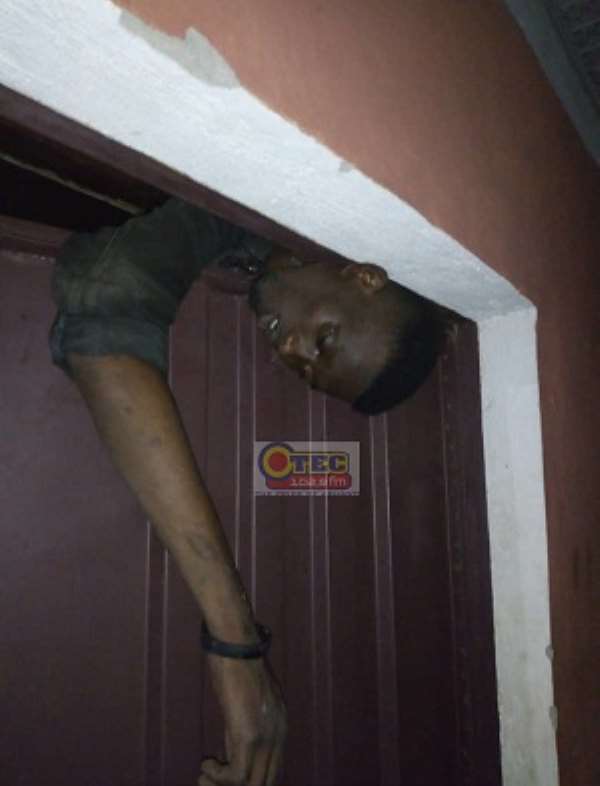 A 23-year-old stubborn thief known as Khalipha was trapped to death by a store gate in an attempt to steal from a store at Anomangye in the Suame municipality in the Ashanti region.

According to the Suame Divisional Police Command, the deceased, who is a known criminal in the area, got his head stuck at the top of the iron gate when he tried to wave himself through into the store.

His two accomplices who are being chased by the police could not help the decease as his head was deeply stuck inside the store. He struggled till his death.

The body has since been conveyed and deposited at the Komfo Anokye Teaching Hospital for preservation and autopsy.