Mugabe to be buried Saturday at rural home : family 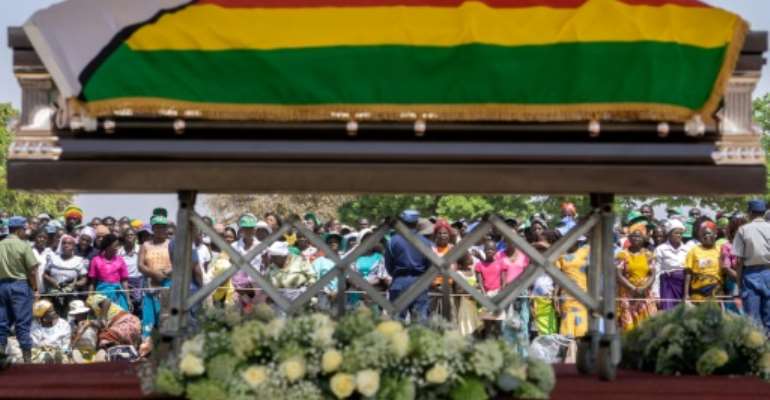 The decision to bury Zimbabwe's ex-president Robert Mugabe at his rural birth place came after weeks of wrangling between his family and the government. By Zinyange Auntony (AFP)

Zimbabwe's ex-president Robert Mugabe will be buried Saturday afternoon, his nephew said Friday, after the remains were moved from his Harare house to his rural village ahead of the event.

After weeks of wrangling between government and his family over the final resting place, the Mugabes have opted to entomb him at his birth place and rural home, about 90 kilometres (55 miles) west of the capital.

"As per our Zimbabwean tradition, the elderly are always buried in the afternoon, so it will be after 2pm (1200GMT)," Leo Mugabe told AFP.

The body was moved by road on Thursday evening with a police and military vehicle escort, according to a video clip shared on Twitter.

It was the second time it made its way back to Kutama village in Zvimba district where Mugabe was born 95 years ago.

When the body was first taken home last week for the public to pay their last respects, it was airlifted by a military helicopter.

"The body arrived (at the village) around 1900 hours, yesterday," nephew and family spokesman Leo Mugabe told AFP on Friday.

Justice Minister Ziyambi Ziyambi told the state-owned The Herald daily on Thursday that "the body of the late Mugabe left Harare for Zvimba, awaiting burial set for Saturday".

The decision to bury Mugabe in the village has been seen as an apparent snub of the government offer to bury him at a specially-built mausoleum at a national heroes shrine in Harare where dozens of other prominent independence war veterans are interred.

The family had previously agreed to have his body entombed at the shrine where preparations for the special mausoleum were already in progress.

Minister Ziyambi said the family had earlier consented that they were "happy with burial at Heroes Acre", but suddenly on Thursday "they indicated that they want to go to Zvimba and (the) government agreed". 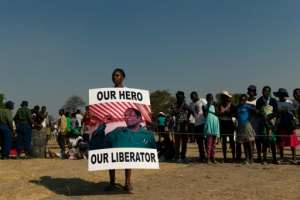 The former guerilla leader ruled Zimbabwe uninterrupted for more than 37 years before he was toppled in 2017. By Jekesai NJIKIZANA (AFP)

The family gave no reason for the change of plans.

The former guerilla leader, who came to power at the end of white minority rule in 1980 and ruled Zimbabwe uninterrupted for 37 years and seven months, died of prostate cancer, according to his successor President Emmerson Mnangagwa.

Mugabe's health deteriorated rapidly after the ousting and he made regular medical trips to Singapore, where he died on September 6.