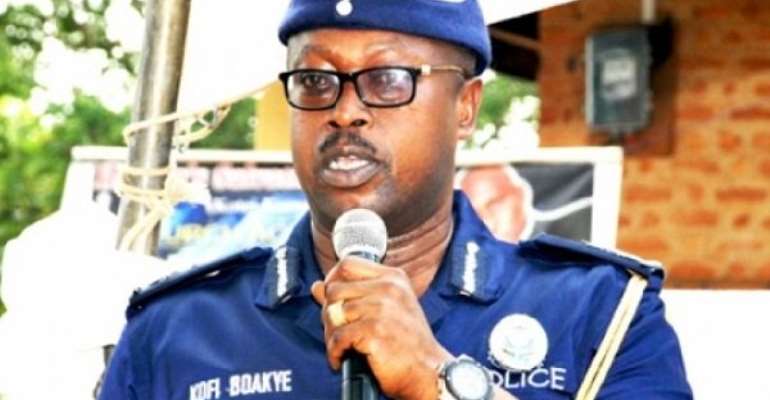 The Director-General of Police in charge of Research and Planning, COP Nathan Kofi Boakye, has urged the public to report errant and corrupt police officers for action to be taken against them.

According to him acts of corruption, extortion, human rights abuses and irresponsible policing which in recent times have characterized the activities of some police officers is a major concern for the police administration hence the directive.

Addressing a gathering at the passing out of 246 recruit constables from the Eastern Regional Police Training School, COP Kofi Boakye said the command will crack the whip to restore the public’s confidence in the Police.

“Acts of lawlessness, indiscipline will not be tolerated. All these acts of lawlessness; example collecting money from civilians, blatant disregard of laws, abuse of human rights, and lack of civility to the public, all conspire to whittle down the legitimacy of the Police and also reduce our respect in the eyes of the public and all these get together to reduce the trust that the public has in us and as young recruits we caution you not to indulge yourselves in these acts.”

The Ghana Police Service has often top most corruption perception rankings in the country, with many Ghanaians often expressing their belief that police officers are corrupt.

A survey released by the Ghana Integrity Initiative (GII) in November 2011 identified the Police Service as the most corrupt institution with a score of 4.6 out of 5.0.

An Afrobarometer report released in November 2014 also indicated that about 89% of Ghanaians rated the Police top in the corruption perception index, a claim the administration vehemently rejected .

The service also ranked top in the 2019 Global Corruption Barometer.

A police officer in Assin Fosu in the Central Region is to face prosecution following completion of investigations into allegations of bribery and corruption levelled against him.

The investigations were conducted following corruption allegations made against the Assin Fosu divisional crime officer and four other police officers.

According to the command, the officer was indicted by a committee report on his conduct.

The embattled policeman was caught in a viral video bargaining for a bribe in exchange for the freedom of a drug suspect in custody.