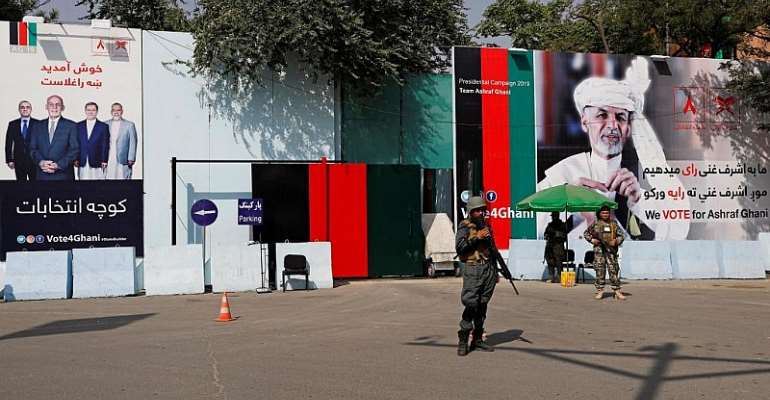 Afghans head to the polls on Saturday for tense presidential elections – the fourth since the fall of the Taliban in 2001 – against a background of heightened concerns over security and electoral fraud.

Observers have already cited irregularities with voter registration lists, difficulties with the biometric verification system, and a lack of staff at polling stations.

Sixteen candidates – including incumbent Ashraf Ghani – are in the race for a five-year presidential term. A total of 72,000 security personnel have been deployed to 5,373 polling centres across 33 Afghan provinces.

The path to the polls has been uncertain, with many believing the election would be postponed as peace talks between the US and the Taliban appeared likely to succeed.

A draft deal would have paved the way for a major US troop withdrawal but – just 20 days ahead of the vote – President Donald Trump ditched the talks after the Taliban claimed responsibility for an attack that killed a US soldier.

“Candidates had not been active in campaigning because they thought the elections would be delayed – or might not even happen at all,” Azamy says. “But when the peace talks were suspended, they rushed onto the campaign trail.”

Given security concerns, and Taliban attacks on political events, it hasn't been easy for candidates to draw the Afghan population out to their rallies – especially as many Afghans distrust the electoral process entirely.

“While some rallies went well, with thousands of people turning out, for some key candidates, including the president, only half the number of people expected turned up,” says Azamy.

“Then you have the presidential debates … the president did not show up for the two main debates against his Chief Executive, Abdullah Abdullah and former warlord Gulbuddin Hekmatyar – so the ideas and the agendas of these teams have not been properly conveyed to the people.”

Ghani and Abdullah have jointly ruled Afghanistan since disputed presidential elections in 2014 led to an uneasy government of national unity.

Another such government is unlikely to emerge this time round, and Azamy fears neither of the main candidates is likely to accept defeat.

“The top contenders have already said that if there's no fraud, then they'll win,” he says. “In 2014 John Kerry brokered the unity government deal, but this time round the Americans don't have the same leverage … it will be one candidate declaring victory against another – ultimately leading to crisis.”