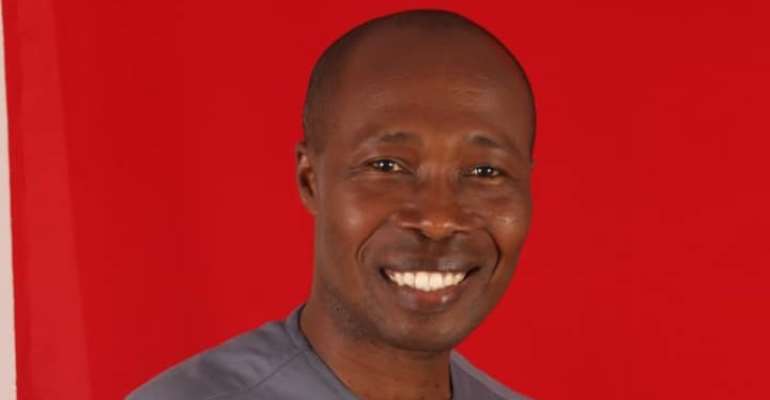 A group calling itself Concerned NPP Citizens of Ellembelle have raised strong opposition to the disqualification of Mr. Joseph Apor Adjei, one of the aspirants and a businessman in the New Patriotic Party’s primaries slated for Saturday, September 28, 2019.

Mr. Adjei, a popular businessman was disqualified at a vetting that saw Isaac Mensah, Anna Horma Akaisi Miezah and Kwasi Bonzo who is currently the DCE of Ellembelle District cleared to contest.

The Ellembele seat which is currently being held by the NDC's Emmanuel Armah Kofi Buah is one of the NPP orphan parliamentary seats where the Saturday primaries will take place.

In a statement signed by Samuel Enuson, Secretary of the Concerned Citizens of NPP of Ellembelle Constituency, the group expressed shock and disappointment with Mr. Adjei' disqualification.

“We are highly surprised to hear of the disqualification of Joseph Apor Adjei by the executives of the party. We see this as a bad precedent for the development of our party at the grass-root level since people who may be interested in the support of the party at that stage will not do that anymore. This is because looking at the enormous and immeasurable contribution of Mr. Joseph Apor Adjei to the party in the Ellembelle Constituency, we did not expect such bad treatment from our party,” a statement from the group declared.

“Mr. Joseph Apor Adjei since 2014 has paid his dues in full, he provided a fully furnished office worth over GHS 300,000 to the party free of charge and huge financial assistance to both the party and the party faithful. These kind gestures demonstrated by the man does not deserve a disqualification without a reason, we strongly believe it was a decision from the constituency executives which was endorsed by the regional executives, vetting and national committees, it is really unacceptable and we must not encourage these actions which can be inimical to the growth of our party.”

The group though in disagreement with the decision of the party commended Mr. Adjei for comporting himself even after the disqualification.

“In as much we disagree with the decision, we also want to express our profound gratitude to Mr. Joseph Apor Adjei for not taking the party down the lane of chaos and anarchy as seen in other parties. Clearly, this shows your unflinching desire to see the NPP party in Ellembelle constituency grow and capture the seat in 2020 general elections. The party says thank you and will encourage you to continue your good deeds for the party.”

The Concerned Citizens of NPP of Ellembelle Constituency also cautioned the qualified candidates against any scandalous contest.

“To the other aspirants who sailed through the vetting, we wish them good luck and assure anyone who will emerge victorious of our unflinching support towards elections 2020. But wish to advise them to devoid themselves of issues and comments that are likely to cause complexity in the existing problems in the constituency. We should always be reminded by past events that occurred during the election of polling stations executives last year that caused our dear sister Fatima Issah popularly known as Fati from Kamgbunli to lose her sight, Mr. Daniel Afful, Ngalekyi Youth Organizer, was stabbed in the palm and the party car that was destroyed by party faithful's and do our very best to prevent the reoccurrence of such incidence.”

This Saturday's NPP parliamentary primaries in the Western Region would take place in the four orphan constituencies of Wassa East, Amenfi West, Ellembele and Amenfi Central with the remaining 13 constituencies yet to be decided.

In a related development, an aggrieved parliamentary aspirant in the NPP’s primaries in the Asawase Constituency, Manaf Ibrahim has secured an interim injunction from a Kumasi High Court to restrain the party from conducting the election in the area.

The aspirant went to court to following a decision by the party to allow one of the aspirants in the constituency to contest unopposed.