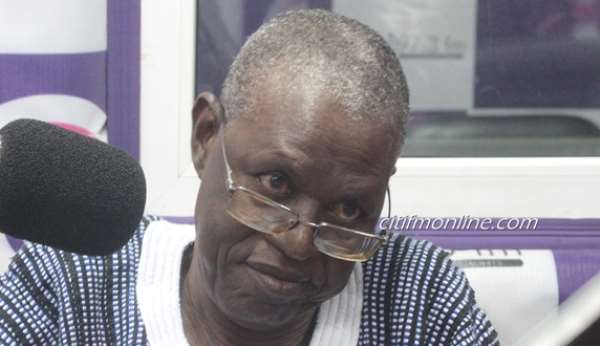 Private Legal Practitioner, John Ndebugri, has attributed the mass failure at thee Ghana law school entrance exam to what he calls lack of attention and the use of computer language by the current generation.

He urged the students to embrace the fact that they have just failed.

“The mass failure we are facing today can be attributed to a lack of attention to language. People are now using computer English. You can't speak computer English in law school and [expect to] pass, you can't write computer English–I dey do this, I dey do that, using abbreviations which have no meanings,” he said on Eyewitness News.

Mr. Ndebugri also stated that the advocates for a reformed legal education system are only promoting a model that will support the mass production of lawyers; a situation that must be avoided.

An idea he will never agree with

“As far as I am concerned, many of the arguments I have heard are basically populist. We cannot encourage the mass production of anything, not lawyers, mass production is not a good thing, it does not go with quality. I will be very surprised that anyone will agree to this. I reject it. It cannot be on a set standard. From the experience I have, I will never agree with the mass production of lawyers because I have seen some lawyers and their curriculum vitaes are nothing to write home about,” he added.

Over 90 percent of students who sat for this year's Ghana School of Law entrance examination failed to make the cut for admission.

Results showed that of the 1,820 candidates who sat for the entrance exams, only 128, representing 7 percent passed.

The mass failure comes on the back of a similar failure in the Ghana Bar exams a few months ago.

More than 90 per cent of the 727 students who wrote that exams failed, sparking agitation amongst the students.