Bawumia Directs All Institutions To Purchase Toilet Roll From Locals 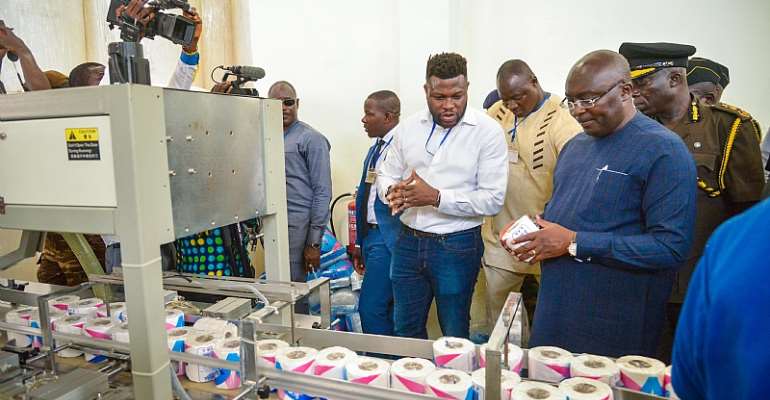 All government institutions have been directed to procure all their toilet paper from local manufacturers in the next procurement cycle.

The Vice President of the Republic, Dr Mahamudu Bawumia, gave the directive when he toured the Brompton Portfolio’s toilet paper manufacturing factory located at the Nsawam Prisons in the Eastern Region on Thursday, 26th September 2019.

This directive comes a day after Vice President Bawumia directed the Ghana Cocoa Board to purchase all their fertilizer from local producers in the next crop growing season.

According to government officials, the decision to insist on local procurement is as a result of the success of the One District One Factory initiative, which has led to the setting up of several factories in different sectors which have boosted local capacity and can meet local demand.

Five more toilet paper production factories have also been set up under the 1D1F initiative to augment those produced by the nine existing factories. The 14 factories can meet local demand, according to officials of the Ministry of Trade and Industry.

The import bill for toilet rolls last year was $70 million, with imports from countries as far as Vietnam, Honduras, Panama, Bahamas, and Marshall Islands.

Accompanied by officials of the Ghana Prisons Service, Deputy Minister of the Interior Hon Henry Quartey, Deputy Minister for Trade Robert Ahomka Lindsey, Eastern Regional Minister Hon Kwakye Darfuor, and MP for the area, Hon Frank Annoh Dompreh, vice President Bawumia toured the facilities of Brompton Portfolio, which employs the labour of the prisoners in a profit-sharing arrangement under the One District One Factory Initiative.

Addressing the media, Vice President Bawumia indicated that the One District One Factory (1D1F) initiative was launched as one of the pillars for President Nana Akufo-Addo’s industrialisation agenda.

“We know that in this country we have a huge dependence on imports and so the import bill tends to be very high and we rather export a lot of our primary commodities. The vision of the President is for us to move away from the export of the primary commodities to the manufacturing of these commodities, and this is the background for the One District One Factory initiative. And once we do that we are able to save on scarce foreign exchange, we are able to grow local industries and we’re able to create jobs. These really are three critical advantages of one District one factory.

“One of the achievements in this particular one District one factory initiative is in the area of the manufacture of toilet rolls in Ghana. When we came into office there were nine companies existing which dealt with toilet roll manufacturing. Since then in the last two-and-a-half years we've added five additional factories. So Ghana’s capacity to produce toilet rolls has increased generally by about 50% which is very very significant.

“Given the success of One District One Factory, Government as we stated in our manifesto, is going to use the power of its procurement to support local industries, and it is for this reason you would have heard yesterday that I announced that Cocoa Board and for that matter the Ministry for Agriculture will have to now purchase locally manufactured fertilizer because we have the factories now under 1D1F to produce that fertilizer. We don't have to import it anymore, so the Ministry of Agriculture and Cocoa Board will now have to use all the government procurement of fertilizer, source it locally.

“We are also saying if you look at the 14 manufacturers of toilet roll that we have in Ghana, 1D1F has brought five, we had an existing 9 already, and the capacity of that 14 is able to meet most of our demand for toilet rolls in Ghana, so why import? So we are saying from the next procurement cycle, all government institutions - whether it's the military or the police or the hospitals or the schools, because the taxpayer funds all government institutions - if you're going to buy toilet roll, all that toilet roll must be bought from local manufacturing companies. So we are using the taxpayer’s money to support our local industries. This will create jobs, will save foreign exchange, will grow the economy and this is the vision of One District One Factory.”

The Vice President continued,
“This is the policy going forward. We are going to use our taxpayers’ money to support local manufacturing companies in the context of 1D1F. This is not a new policy, it is something that we had in our manifesto before we came into office but now we have built sufficient capacity in certain areas and therefore we can actualize that particular policy.

“The future is very bright by the grace of God. If we continue to pursue the policies and the vision of Nana Addo Dankwa Akufo-Addo, the One District One Factory will become a reality.” 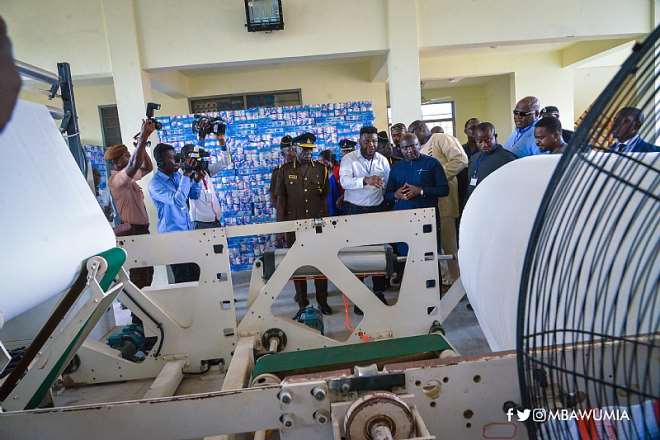 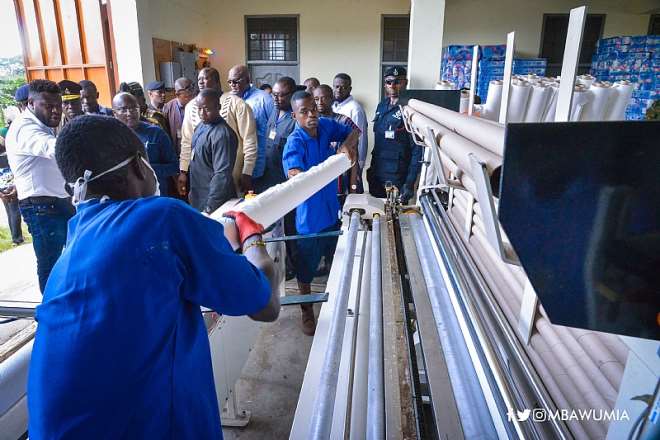 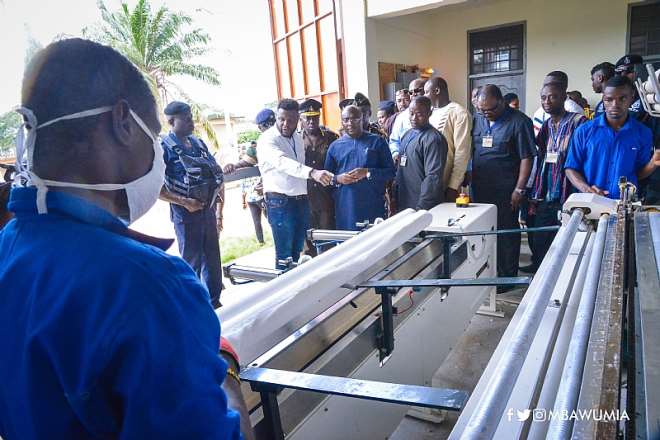 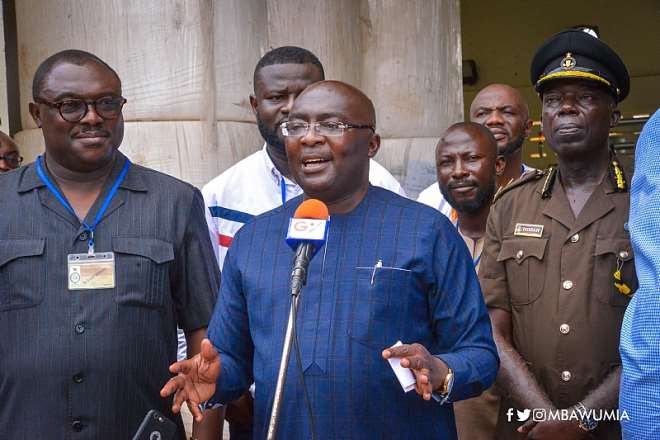 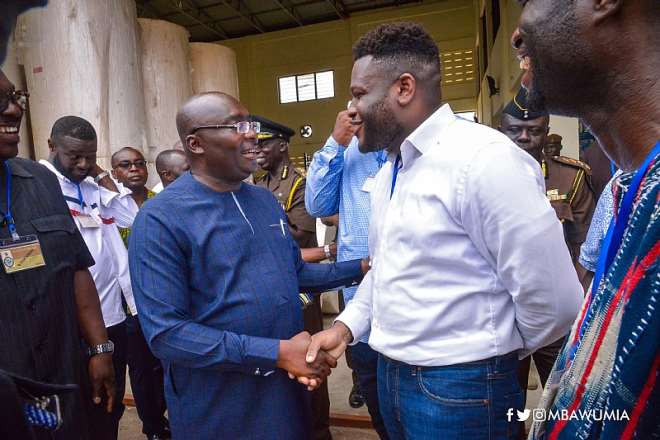 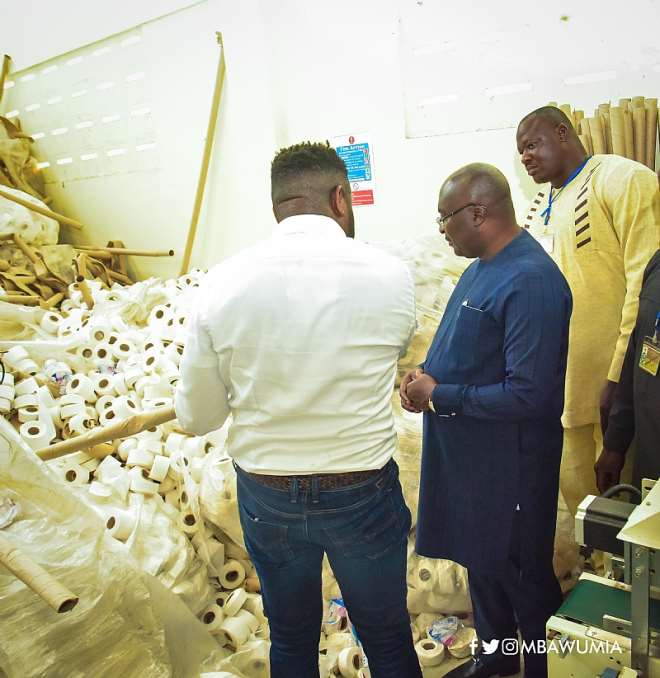 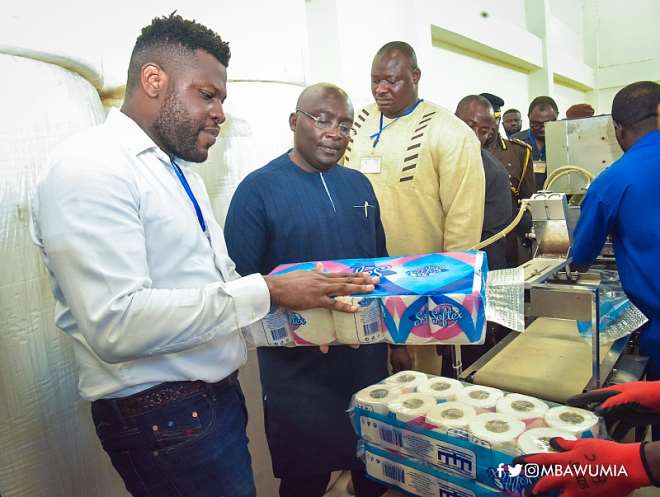 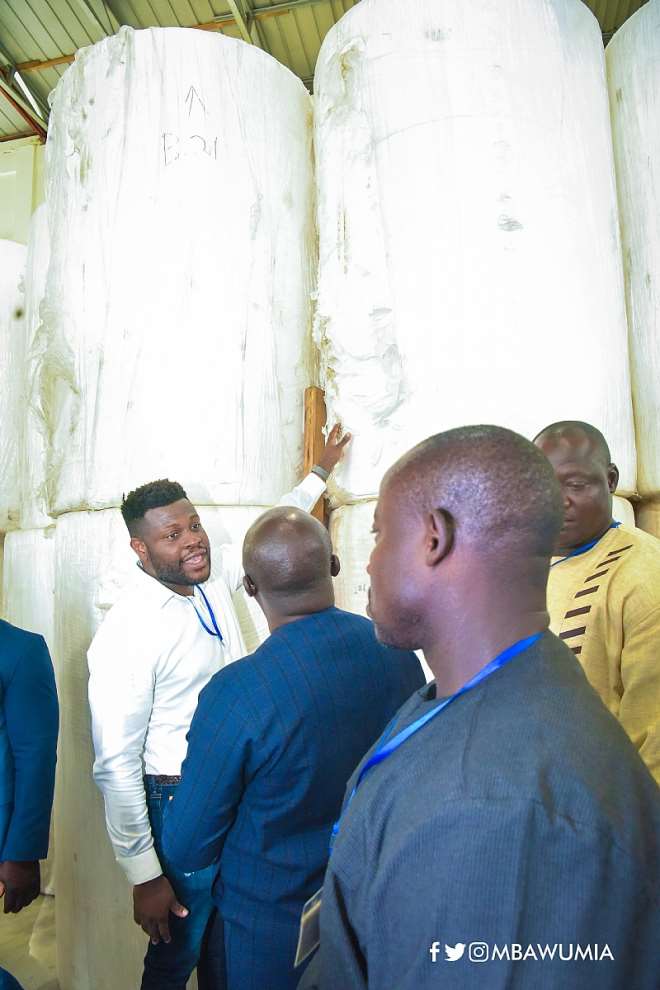