Somalia: FESOJ Worried Over Increasing Harassments And Attacks Against Journalists 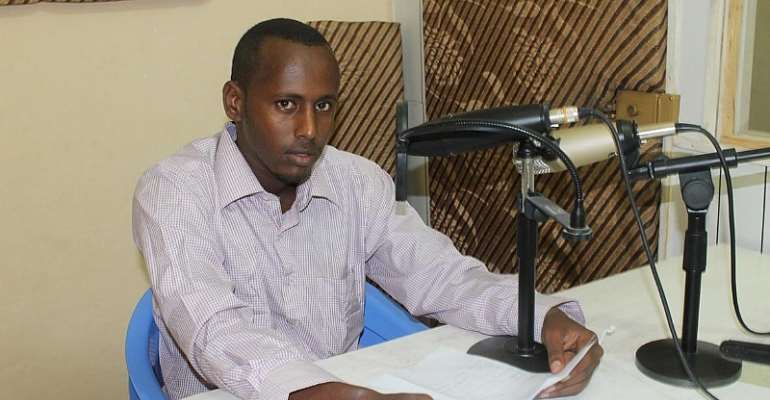 Federation of Somali Journalists (FESOJ) strongly protests against renewed acts of intimidation against journalists in South West State, following arrest of broadcast journalist in Baidoa town of Bay region and recent decision imposed by Puntland authority to independent media ordering all media outlets to register with the Ministry of Information by 15 October a way which it aimed at monitoring the daily output and activities of media practitioners.

The arrest of the journalist was linked to covering of a press conference yesterday by members of civil society and local politicians who accused off the recent act of the Somali Federal Government refused former President of Somalia Sharif Shiekh Ahmed to leave Mogadishu and reach to Kismayo in Jubbaland State.

â€œJournalists have right to cover stories of all sides including political oppositions,therfpre It is an act against media freedom to arrest a journalist exercising his professional rights. We condemn the action of Bay regional administration to arrest Abdulkadir Bare Moalim and urge the authorities to release him immediately and unconditionally,â€ said Mohamed Ibrahim Moalimuu , FESOJ Secretary General.

FESOJ considers this latest arrest as part of increasing harassment campaign against journalists in some parts of Somalia.

"These actions indicate that journalists in Bay region continue to be subject to unacceptable pressure. It is unacceptable to have arbitrary and unexplained actions that are tantamount to intimidation," added Moalimuu.

FESOJ also condemns the increase of attacks and intimidation of independent media and journalists in Somaliaâ€™s semi-autonomous northeastern region of Puntland.

Puntland information minister Ali Hassan Ahmed imposed a decree on 22 September ordering that privately-owned media will have to register with his ministry by 15 October in order to monitor the daily output. The minister also warned that the accreditations of journalists or media outlets could be revoked if the ministry decides they were acting unprofessionally.

We urge the authorities and leaders of Federal & Regional States to end the harassment and intimidation against journalists and to abandon their plan to vet journalists with the sole aim of silence the independent media to provide the public the information they have a right to know â€œ Abadir Abdulkadir Elmi FESOJ President said.

On September 3rd Puntland Ministry of Information closed Puntlandtimes.com news website on 3 September after it reported investigative article on corruption and finance in which Puntland government got angry about it.