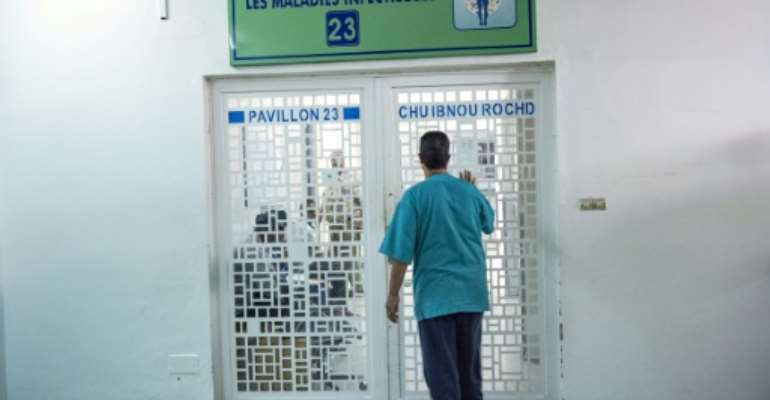 New HIV infections in Morocco have fallen sharply thanks to improved screening, access to treatment and monitoring. By FADEL SENNA (AFP)

In Morocco, the struggle against HIV has been so successful in recent years that campaigners worry about losing funding for combatting the virus, but for people living with the disease it remains a heavy stigma.

In Casablanca, a group therapy workshop offers HIV patients a rare opportunity to speak openly about their disease.

"Here I feel normal, I'm treated like a human being," said Zineb, a 29-year-old mother.

Organised by the Association for the Fight Against AIDS (ALCS), on a recent Thursday the workshop brought 12 HIV patients together with a psychologist and a therapist.

The ALCS also organises follow-up therapeutic care in hospital, and prevention and screening campaigns, with funding from the Global Fund to Fight AIDS, Tuberculosis and Malaria.

These programmes were developed shortly after the first HIV case was detected in Morocco in 1986.

This early start is partly why UNAIDS, the Joint United Nations Programme on HIV/AIDS, calls Morocco a "model country" for its HIV response.

Thanks to improved screening, access to treatment and monitoring, new HIV infections in Morocco declined by 42 percent between 2010 and 2016, compared to an average reduction of four percent across the rest of the Middle East and North Africa.

But some groups remain vulnerable, with intravenous drug users, men who have sex with other men, and sex workers accounting for two thirds of Morocco's 21,000 identified cases.

And the stigma attached to those infected remains high, even within the family.

"My mother treated me like a murderer. For a long time I felt alone in the world," said Youssef, a 28-year-old who has twice attempted suicide.

Like other HIV patients interviewed by AFP, he asked to be identified by a pseudonym.

And all of them -- save for a 40-year-old considered very lucky by the group -- have either hidden their illness or been rejected by loved ones.

'Don't tell him anything'

In this conservative Muslim society, where sex outside marriage and homosexuality are illegal, HIV patients seldom talk publicly about the virus.

"The subject is taboo, because the infection is linked to sex, itself a taboo subject in Morocco," said Yakoub, a 25-year-old ALCS worker.

"The social rejection is such that some (HIV patients) lose everything: family, friends, work, home," he said.

Zineb, like many HIV patients, hides her medication to conceal her illness.

For 10 years, the former teen mother has told her family that she is being treated for diabetes. "My 17-year-old son knows nothing, I can't bring myself to tell him, I'm too afraid," she said with a sad smile.

"Once you're sick, you're no longer a person," said Sakina, a mother who says she never speaks of her illness except with doctors, the ALCS staff and other HIV patients. 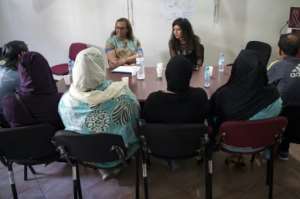 The Association for the Fight Against AIDS organises workshops for HIV patients in Morocco. By FADEL SENNA (AFP)

Like 70 percent of HIV positive women in Morocco, Sakina was infected by her husband. She cannot bring herself to tell her 15-year-old son that he is also infected.

She has always lied to him but she can "no longer sleep at night", she told the group through tears.

"My advice: above all, don't tell him anything," said a young man.

"For your sake, let him find out from someone else," another group participant suggested.

Then the psychologist interjected to say that private sessions are available to "reflect on these difficult questions".

The shame of HIV is so entrenched, it even permeates the medical establishment.

"For 30 years we've been talking about it, the virus is well known but the discrimination is still there," said Dr Kamal Marhoum El Filali, head of the infectious diseases department at Ibn Rochd Hospital in Casablanca, which hosts an ALCS branch.

"The stigmatisation isn't just from society but also from medical staff within the hospital environment."

Others in the session though were grateful for the care they had received.

"We are lucky to be under the care of the infectious diseases department: we are well cared for compared to others, considering the lack of funding and disrepair in Moroccan hospitals," said another participant.

'Victim of own success'

The emergency room at Ibn Rochd is sometimes overwhelmed with doctors each seeing up to 40 patients a day. 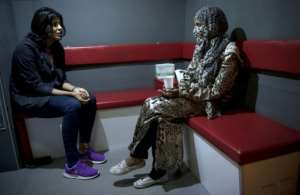 But the infectious diseases department is always spotlessly clean, providing personalised support as ALCS staff liaise with the medical teams.

But how much money Morocco will receive to continue its fight against HIV will be determined at a three-yearly conference for the Global Fund in October.

"We are a victim of our own success: because our results are good, we risk losing funding," he said.