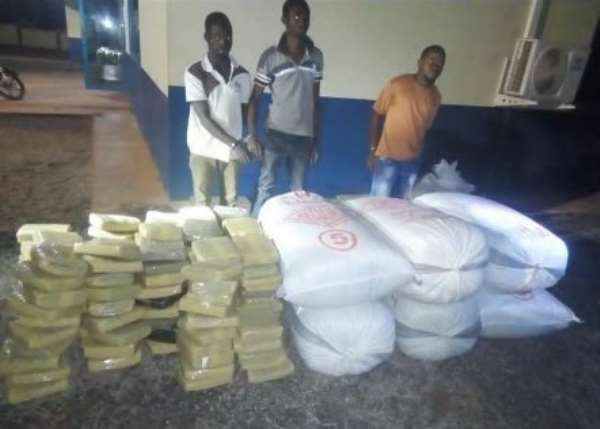 Three young men who were transporting cannabis from Badum, a farming community in the Tain District of the Bono Region, to Cape Coast have been grabbed by Police in Techiman.

The suspects; Adama Zakari, 32, Justice Yaw Yeboah, 28, and Augustine Antwi, 29, were arrested at Aworowa in the Techiman Municipality.

They packed the 165 compressed quantities of dried leaves, suspected to be Indian hemp in six fertilizer sacks in an Opel Astra taxi cab with registration number AW 5040- 13. 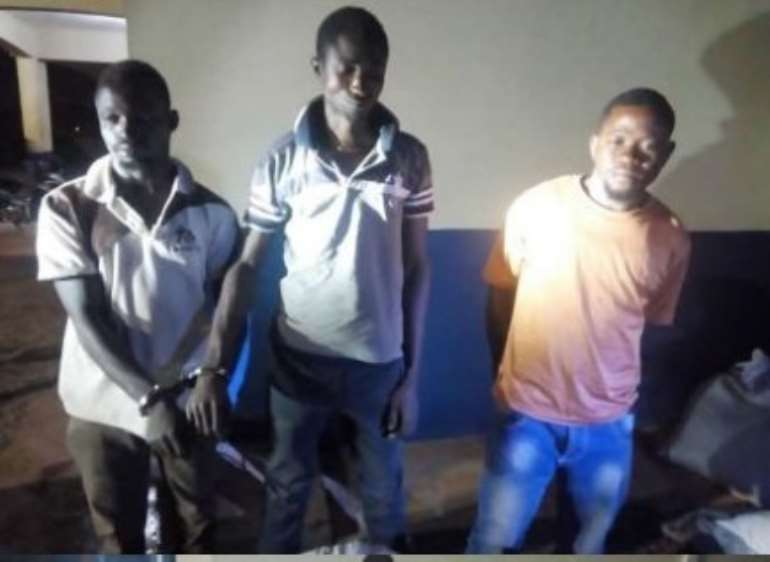 One of them was riding an unregistered Yahama motorbike to spy the road.

In an interview, the Bono, Bono East and Ahafo Regional Police Public Relations Officer, Chief Inspector Augustine Kingsley Oppong said the suspects were arrested on September 25, around 2130 hours upon a tip-off.

They have since been placed in police custody and would soon be arraigned before court for prosecution.