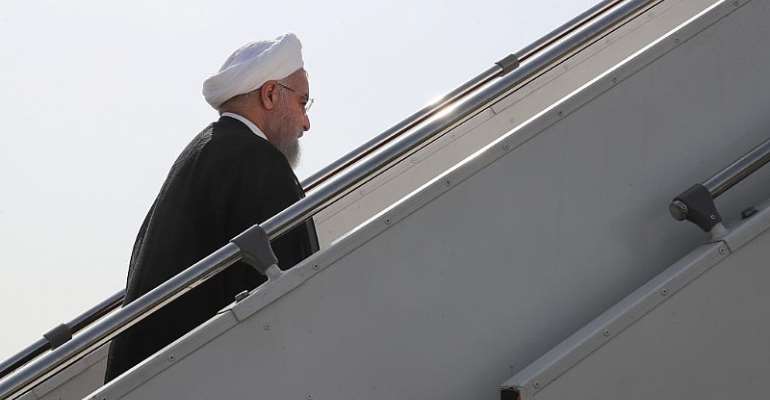 Iran has started using advanced models of centrifuges to enrich uranium, the UN's nuclear watchdog said Thursday, moving further away from the 2015 nuclear deal with world powers. The deal started to fall apart after US president Donald Trump announced that the US would step out of the so-called “Joint Comprehensive Plan of Action” (Jcpoa) unilaterally.

Advanced centrifuges at Iran's Natanz facility "were accumulating, or had been prepared to accumulate, enriched uranium", the International Atomic Energy Agency (IAEA) said in a report seen by AFP.

Under the 2015 deal with world powers that puts curbs on Iran's nuclear program in exchange for sanctions relief, Tehran is only meant to enrich uranium using less efficient IR-1 centrifuges.

The landmark deal has been in jeopardy since May last year when President Donald Trump withdrew the US from it and re-imposed sanctions.

Iran started to walk away from the deal progressively, starting from June 2019, when it breached the agreed amount of 300 kg of enriched uranium. In July it also breached the 3.67 percent enrichment level.

Iran was always supported by China and Russia, and remaining parties to the deal with Iran -- Britain, France and Germany -- said they remain commited, even though they have expressed worry about the breaches.

Instex
Germany, France and the UK established the Instrument in Support of Trade Exchanges (Instex) in January 2019. It was designed to facilitate non-dollar trade with Iran in a bid to bypass US sanctions.

But until now there's not been much enthusiasm for Instex.

On September 23, the Iranian Mehr News Agency reported that ''Two European banks'' were “to join Instex,” but doesn't mention any names.

Meanwhile, the website of Iran's Supreme Leader Ayatollah Khamenei charged that “vicious European countries can not be trusted.”

In harsh rethoric, Ayatollah Khamenei reproached the European partners of the Iran nuclear deal to “submittng to the United States and giving in to the cruel sanctions imposed by the U.S.”

Until now, European leaders have said they will stick to the terms of the Jcpoa, but the commitment seems to be wavering after drone attacks against Saudi oil installations earlier in September. Germany, France and the UK issued a joint statement saying that “the only plausible explanation” is that Iran masterminded the attacks.