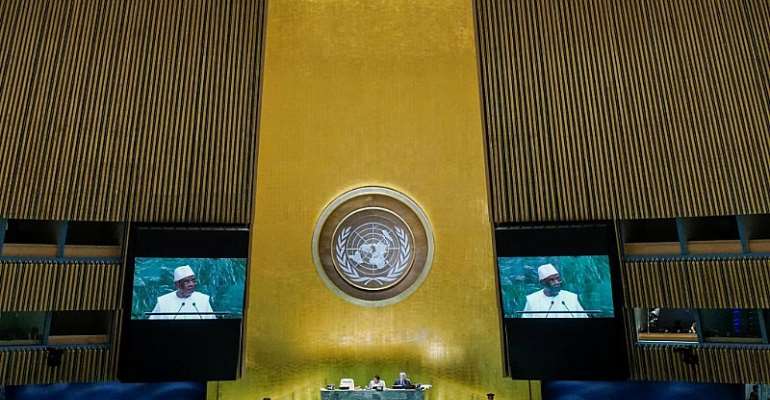 Two years after the #MeToo Movement revolutionised gender discourse in the West, African women are still being left out of the conversation. That's according to a new campaign group, African Women on Board, which is urging world leaders at the UN General Assembly to better engage African women.

"#MeToo didn't come to the African continent," comments Nkiru Balonwu, a Nigerian entrepreneur and founder of African Women on Board.

"There were pockets of conversation around #MeToo but nothing that really moved the conversation forward," she told RFI.

Launched on Thursday at the UN General Assembly (UNGA), African Women on Board (AWM) is made up of entrepreneurs and politicians from across Africa and the diaspora. Its aim is to give a voice to African women, and change how they're perceived.

The UNGA is used as a platform to highlight the issues that matter most to countries. A major theme over the past week has been climate action. Feminist groups like AWB also want gender equality, especially for black women, to top global concerns.

"If you google images of us, you see women carrying things on their heads, five babies on their backs...but when you see America, you see greatness – though perhaps not today," she told RFI, hinting at the US president Donald Trump, who's battling an impeachment inquiry over claims he pressured Ukraine for help digging up dirt on his Democratic rival.

Powerful role models
"What if we channeled that same energy to show the amazing doctors, lawyers and women who are working on farms to feed their families? If we see those images perhaps it will change how we see ourselves and how the world sees us."

The irony is that Africa does have powerful women as role models, including Ellen Johnson Sirleaf, Liberia's first female leader and Ethiopia's new president Saleh Work-Zewde. Moreover, countries like Rwanda are far ahead when it comes to promoting gender equality, having appointed over 60 percent of women to parliament.

The trouble is that this equality is not trickling down into their homes.

This disconnect has largely been attributed to ingrained social attitudes and according to data from the World Bank, many women still believe that a man is justified in beating his wife is she refuses to have sex with him.

An African #MeToo
"I wouldn't say that sexual violence is an African problem," reckons Balonwu.

"#MeToo started from the Silicon Valley in the US. It was men behaving badly because there were no consequences. When women feel as though they cannot be heard things happen."

Can women in Africa come out and say Me Too?
"Not only is it possible, they must.
"This is the whole point of African Women on Board to say to women you have to speak up for yourself. We are the ones raising these men, what if we believed in ourselves more?"

African women are facing varying scales of discrimination all at once from rape as a weapon of war to being trapped in early child marriages.

"We don't have to adopt the US version of #MeToo," adds Balonwu.

"There are ways to have a movement that speaks to our own circumstances and have conversations about how men can better support women," she said.