US puppeteer Basil Twist brings ancestral Dogugaeshi back to life 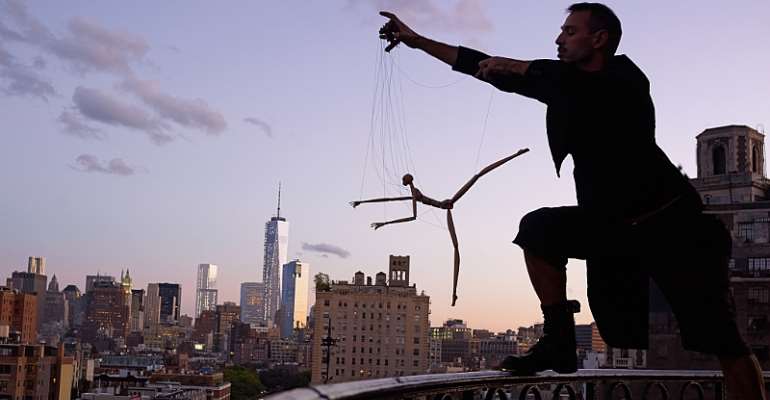 US puppeteer Basil Twist is back in Charleville-Mézières, north-eastern France, where he learned puppetry at the International Puppet School. He presents Dogugaeshi, named after the ancient Japanese puppetry tradition invented on the island of Awaji using sliding screens and an animated decor.

For the 20th edition of the Charleville-Mézières international puppet festival, San Francisco-born Basil Twist has been invited as a special guest with two photo exhibitions of his work and a "reprise" of his show Dogugaeshi created in 2004.

In 1997, Twist saw a film about the Dogugaeshi technique as part of the Charleville puppet festival.

“I begin my show with a sort of recreation of the film that I saw. That began the journey for me to understanding a place, a tradition...that had died. I met a few important people who held the flame of tradition – and together we're trying to make it live again," he tells RFI.

Basil Twist went to Japan to study this technique and met with locals who remembered seeing the Dogugaeshi when they were children in the 1950s.

“It was so special for me to have contact with people who had actually seen this and to imagine what it must have been like for them living in the mountains with this strange beautiful colourful screen by candle light,” he adds.