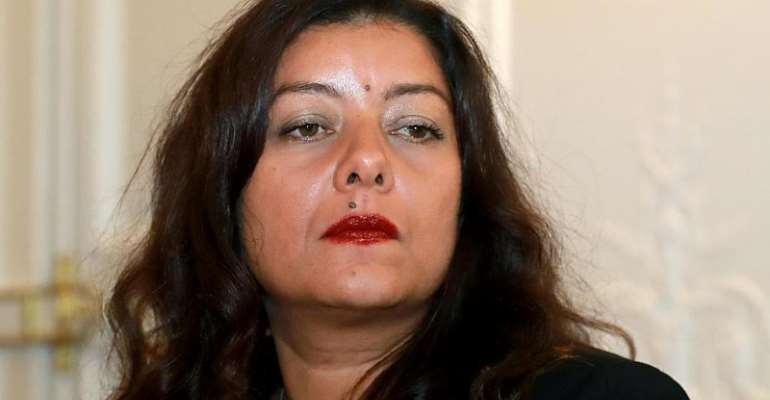 A Paris court has ordered the woman behind France's answer to the #MeToo campaign to pay thousands of euros in damages for defaming the man she accused of sexual harassment.

Sandra Muller, the French journalist who coined the viral hashtag #balancetonporc ("expose your pig") to describe the alleged harassment, slammed the verdict as "incomprehensible" and urged women to continue to speak out.

In a closely watched civil suit, the court ruled against Muller and ordered her to pay 15,000 euros in damages to French TV executive Eric Brion whom she had accused of making sexually lewd remarks at a party.

She was also ordered to pay 5,000 euros in legal fees to Brion, to delete the original message from social media, and to publish the court ruling on her Twitter account and in two press outlets.

Her lawyer Francis Szpiner told reporters they would appeal the decision, denouncing the ruling as inappropriate and regressive.

Muller expressed dismay over the ruling and the amount of the damages, but insisted she did not regret coining the hashtag.

"The decision is heavy, it is punitive, it is disappointing and, for me, incomprehensible," she told reporters. "But I had the courage to act, using means that were not great."

She lamented that the ruling "means that victims who have already spoken out will be demotivated, that those who would like to speak out will have difficulty.

"Clearly the message that is being sent is 'shut up'," she added.