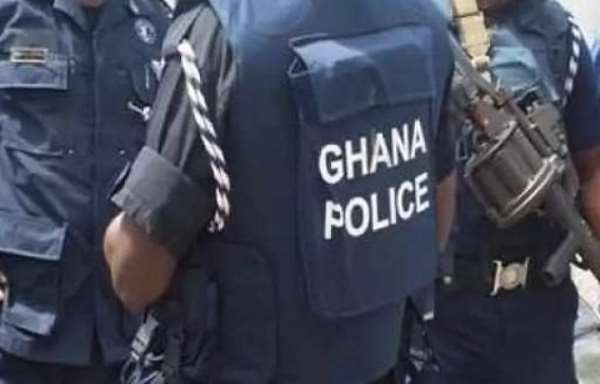 The Greater Accra Regional Police Commander and the Director Of Operations, DCOP Frederick Adu and ACP Kwesi Ofori respectively have been dragged to Court for superintending over an undue takeover of a property belonging to Ibrahim Brobase Company Limited ( a company owned by Ibrahim Jaja) in Accra.

According to a Writ filed by the company's lawyers, Fosu - Gyeabour and Co, the two police Commanders who are Defendants in the case, sent policemen to arrest private security men who had been engaged to protect the apartments, without any justifiable reason.

The police have also taken over the apartments preventing the private security firm from performing their duty.

In its Statement of Claim, the Plaintiff (Ibrahim Brobase Company Limited) indicated that it owns a six two bedroom apartments houses at Parakuo Estates after acquiring the land upon which the properties were constructed.

According to the Plaintiff, after completion, it let the apartments to tenants who have since been occupying the property.

In order to get protection for its property and tenants, the Company also engaged the services of Safe Africa Security Services Limited.

Meanwhile, the Plaintiff stated that on September 18, 2019 two security men who were on duty at the property, were arrested by some police personnel from the Greater Accra Regional Police Command and taken into custody.

The Plaintiff also indicated that its Director made a follow-up to the police station to ascertain the reasons for which the security men at post were arrested, but the police could not provide any reason but only for them to release the two security men.

The Company stated that the Defendants after releasing the two security men, sent their men back to the property and drove away the private security men from post and have taken over the apartment.

According to the Plaintiff, the presence of the police is making it difficult for the security company to operate as expected since they are causing fear and panic among the occupants of the property as well as the company.

With all these development, the Plaintiff indicated that unless ordered by the Court, the Defendants would not vacate the property and allow it and its tenants have access to the property.

The Plaintiff is however praying the Court to grant an order removing the Defendants and their assigns from the property.

It also seek for a Perpetual Injunction restraining the Defendants and their assigns, privies, and workmen from occupying the apartments and to pay damages for trespass.