Tributes pour in for Chirac, a 'great statesman' who loved Europe 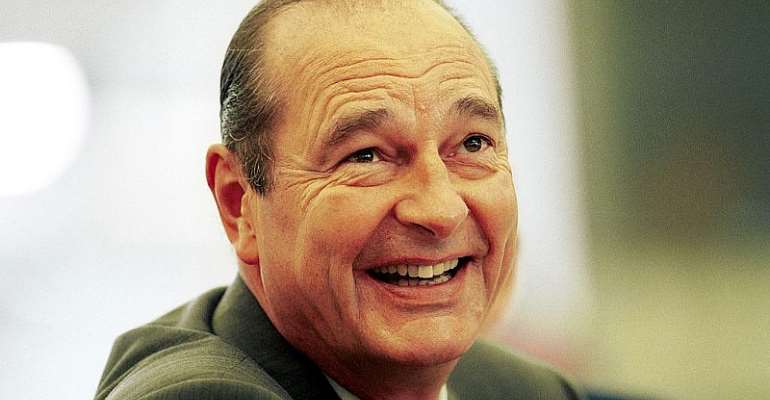 France's lower house of parliament has held a minute's silence to honour the late Jacques Chirac, the former centre-right president who has been hailed a “statesman” and a “humanist” from all sides of politics.

Tributes poured in Thursday following news of Chirac's death at the age of 86. House speaker Richard Ferrand told parliament Chirac was “now part of the history of France”.

Former right-wing president Nicolas Sarkozy said: "A part of my life has disappeared", adding that Chirac was the embodiment of French values.

"Paris is in mourning," tweeted Paris Mayor Anne Hidalgo of her predecessor, who served for nearly two decades at the Hotel de Ville. “I am deeply moved and saddened...an extraordinary statesman, a great humanist figure.”

During his time as president, Chirac was an outspoken advocate of European unity, saying his vision was for never for “a United States of Europe, but for a United Europe of States.”

"When we discussed tough issues, his humor always brought a sense of relief," said former Belgian prime minister Guy Verhofstadt. "But it is especially his attachment to the European project that turned him into the real statesman that we will miss."

Meanwhile European Commission President Jean-Claude Juncker said he was “moved and devastated” by the passing of Chirac. His office said Chirac had been “a great friend" to Juncker.In a statement, former Socialist president Francois Hollande said Chirac “knew how to establish a personal link with the French", adding that he “loved people”.

On the far-left, leader the France Unbowed party, Jean-Luc Mélenchon, said France was turning a page in history. “Let us feel sadness … No one has loved France more since, and for that part, we are grateful to him."

Far-right leader Marine LePen also paid tribute, tweeting: "Despite all the differences that we could have had with Jacques Chirac, he was a great lover of France's overseas territories and a president capable of opposing the madness of the war in Iraq, reviving France's traditional position of balance and diplomacy."