Fish Micronutrients ‘Slipping Through The Hands’ Of Malnourished People 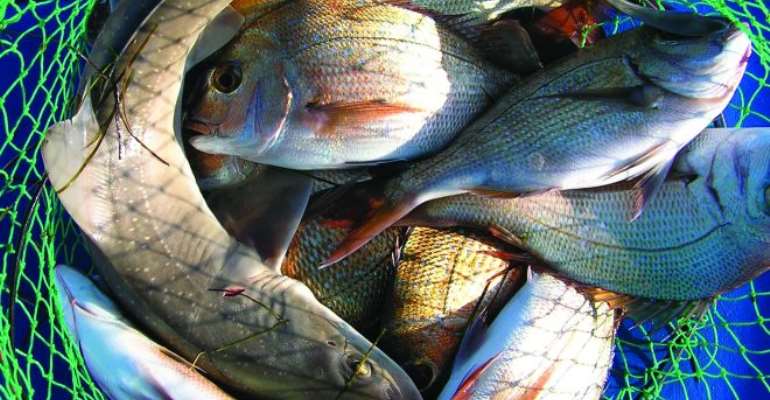 Millions of people are suffering from malnutrition despite some of the most nutritious fish species in the world being caught near their homes, according to new research published in Nature.

Children in many tropical coastal areas are particularly vulnerable and could see significant health improvements if just a fraction of the fish caught nearby was diverted into their diets.

As well as omega-3 fatty acids, fish are also a source of important micronutrients, for example iron, zinc, and calcium. Yet, more than 2 billion people worldwide suffer from micronutrient deficiencies, which are linked to maternal mortality, stunted growth, and pre-eclampsia. For some nations in Africa, such deficiencies are estimated to reduce GDP by up to 11%.

This new research suggests enough nutrients are already being fished out of the oceans to substantially reduce malnutrition and, at a time when the world is being asked to think more carefully about where and how we produce our food, fishing more may not be the answer.

Lead author Professor Christina Hicks of Lancaster University’s Environment Centre said: “Nearly half the global population lives within 100km of the coast. Half of those countries have moderate to severe deficiency risks; yet, our research shows that the nutrients currently fished out of their waters exceeds the dietary requirements for all under five year olds within their coastal band. If these catches were more accessible locally they could have a huge impact on global food security and combat malnutrition-related disease in millions of people.”

The Lancaster University-led research team, collected data on the concentration of seven nutrients in more than 350 species of marine fish and developed a statistical model for predicting how much nutrition any given species of fish contains, based on their diet, sea water temperature and energy expenditure.

This predictive modelling, led by Aaron MacNeil of Dalhousie University, allowed researchers to accurately predict the likely nutrient composition of thousands of fish species that have never been nutritionally analysed before.

Using current fish landings data, they used this model to quantify the global distribution of nutrients available from existing marine fisheries. This information was then compared with the prevalence of nutrient deficiencies around the world.

Their results showed important nutrients were readily available in the fish already being caught but they were not reaching many local populations, who were often most in need.

For example, the amount of fish currently caught off the West African coast - where people suffer from high levels of zinc, iron and vitamin A deficiencies - was sufficient to meet the nutritional needs of the people living within 100km of the sea.

Parts of Asia, the Pacific and the Caribbean were just some of the other coastal regions showing a similar pattern of high malnutrition despite sufficient fish nutrients in the local catch.

Researchers say that a complex picture of international and illegal fishing, trade in seafood - along with cultural practices and norms - are standing between malnourished people and the more-than-adequate fish nutrients caught on their doorstep.

Dr Andrew Thorne-Lyman, a nutritionist and co-author from Johns Hopkins Bloomberg School of Public Health said: “Fish is thought of by many as a protein but our findings suggest that it’s actually an important source of many vitamins, minerals and fatty acids that we often see are missing in the diets of poor populations throughout the world. It’s time that food security policymakers acknowledge the nutrient-rich food swimming right under their noses and think about what can be done to increase access to fish by those populations.”

Dr Philippa Cohen of WorldFish said: “Our research clearly shows that the way fish are distributed needs to be carefully looked at. Currently many of the World’s fisheries are managed to get the most revenue, often by directing their efforts towards catching the highest-priced species and shovelling fish landings towards the mouths of the rich in cities or feeding pets and livestock in wealthier countries. It is slipping through the hands of small-scale fishers and malnourished people. We need to find a way to put human nutrition at the core of fisheries policies.”

The study highlights the need for fish policies that are focused on improving nutrition rather than simply increasing volumes of food produced or the revenues generated from fish exports.

Associate Professor Aaron MacNeil, of the Ocean Frontier Institute at Dalhousie University, said: “As demand for ocean resources has increased up to the limit of what can be harvested sustainably, projects like this show that there are opportunities to fish strategically to address fundamental challenges to human health and wellbeing.

“This global research shows how interdisciplinary marine science can be used to directly address threats to human health at local scales. The ability for local people to solve local problems using local resources is huge, and we could not have done it without such a diverse team of researchers working together.”

The paper ‘Harnessing global fisheries to tackle micronutrient deficiencies’ is published in Nature (3rd October 2019) will be available here:

Modern Ghana Quote Reports
Catch up with all the political quotes from our politicians.
Sponsored
More Article
Modern Ghana Links
Mimicry and manipulation: how baby birds deceive their finch foster parents
Africa looks likely to continue relying on power from fossil fuels for some time
Yusuf Haji, the man with a chequered past who became known as a statesman and peacemaker
Why South Africa needs a new water agency
Infrastructure spend: insights from the effect of a bridge across the Zambezi on maize prices
Recreational hunting, conservation and livelihoods: no clear evidence trail
Trailing giants: clues to how people and giraffes can thrive together
COVID-19: key questions about South Africa's vaccine rollout plan
Akufo-Addo’s position on LGBTQI in Ghana: A mere political rhetoric or a serious national stance?
Quote Reports Dossiers
TOP STORIES