Impeachment inquiry a 'joke' says Trump, as Democrats double down 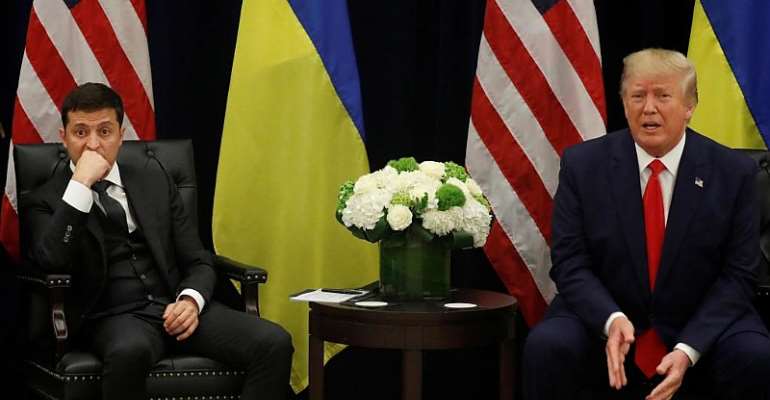 US President Donald Trump has dismissed impeachment proceedings against him as a "joke" and a "witch-hunt", as Democrats say a complaint from a whistleblower accusing him of abusing his office during a phone call with Ukraine's president is “deeply disturbing”.

A summary of the call released by the White House shows that Trump repeatedly urged Ukrainian leader Volodymyr Zelensky to investigate Democratic presidential frontrunner Joe Biden – who's likely to face Trump in elections next year.

Trump's suggestion that Ukraine “look into” Biden was described as “a favour” – and it came after Zelensky thanked the US for its military support, saying Kiev was almost ready to buy more American weapons.

The call took place after Trump ordered a freeze of 365 million euros in US aid to Ukraine, which was then later released.

Democrats say the memo is evidence of a "mafia-style shakedown" of Zelenskiy, while most Republicans say it offers him complete vindication. However Republican Senator Ben Sasse said the memo contained "real troubling" things.

At a press conference with Trump, Zelenskiy said no one had “pushed” him over Biden, which Trump quickly clarified as meaning there had been “no pressure”.

Acting director of national intelligence Joseph McGuire is due to testify on the issue on Capitol Hill later Thursday.

The impeachment inquiry sets up a political showdown that threatens Trump's presidency as he campaigns for re-election in 2020.