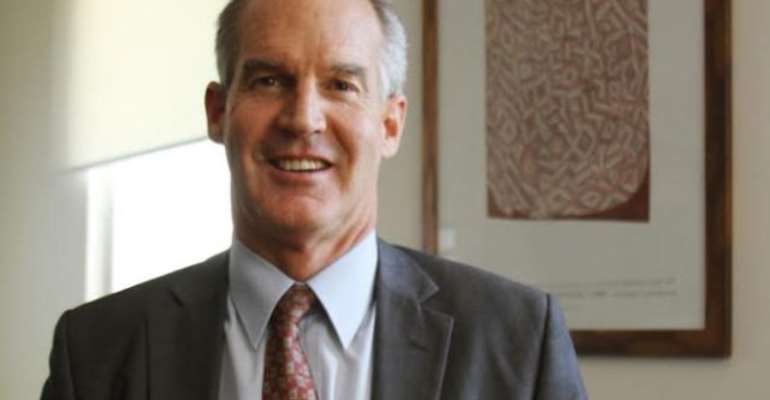 The Australian High Commissioner to Ghana has expressed shock at the growing level of corruption in Ghana, a nation dominated by Christians.

To Andrew Barnes, corruption should not be an issue eating up a country in which Christian population constitutes approximately 71.2% of the entire population.

Christianity is the largest religion in Ghana followed by Muslim that makes up 17%, according to the 2010 census.

Speaking at the launch of a strategic plan of the Ghana Anti-Corruption Coalition in Accra on Wednesday, Mr Barnes pointed out that although he doesn’t believe in the existence of God, he knows “corruption is clearly against Christian teachings”.

His comments come barely a month after Netherlands Ambassador to Ghana, Ron Strikker suggested to Ghana to pursue what he termed a “Ghana Beyond Corruption”.

“You need a good business climate to attract foreign investment…”, the diplomat said.

Ghana scored 41 out of 100 points in the 2018 corruption perception index, ranking 78 out of 180 countries, according to Transparency International that gauged perceived levels of public sector corruption according to experts and business people.

Mr Barnes remarked: “As an atheist, it intrigues me that Ghana, as a strongly Christian country, corruption is such a problem in Ghana.[sic]”

He stressed that corruption is “not just illegal but it is also immoral” with a dire consequence on the total development of a country.

The Ghana Anti-Corruption Coalition (GACC) is a unique cross-sectoral grouping of public, private and civil society organizations (CSOs) with a focus on promoting good governance and fighting corruption in Ghana.

Mr Barnes commended the coalition for keeping up the pressure on government and those in responsible positions to check corruption, noting that the situation would have been worse without the GACC.

“Where procurement means 10%, 20% or even higher additional cost because of kickbacks and bribes, it means ultimately the ordinary Ghanaian who ends up paying. Then Government debt becomes larger than it should be…” he added.

Gov't sets up committee to ensure vaccine development in Gha...
2 minutes ago