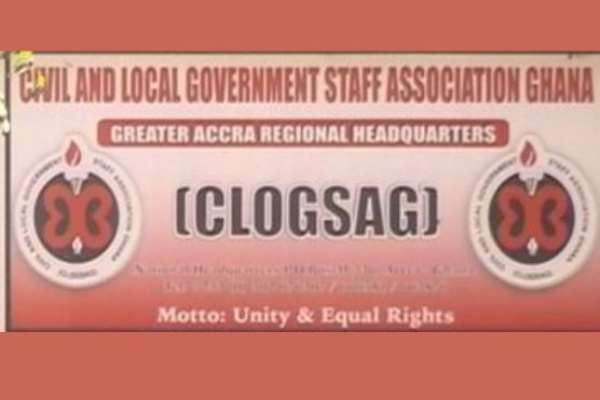 The Civil and Local Government Staff Association, Ghana (CLOGSAG) says it will no longer continue with its decision to embark on strike over issues with the implementation of the three-tier pension scheme for its members.

This decision follows actions from the government and the Social Security and National Insurance Trust (SSNIT) which CLOGSAG is satisfied with, the Executive Secretary of CLOGSAG, Dr. Isaac Bampoe Addo noted.

“The national executive committee decided that the strike action should be put on hold to allow for further discussion. The NPRA [National Pensions Regulatory Authority] had given a directive to SSNIT on our issues and I think we were satisfied with that directive.”

In its strike threat, CLOGSAG called on ongoing discussions relating to past credit and data on the transfer of Temporary Pensions Fund Account (TPFA) to be expeditiously dealt with.

It also demanded that the computation of the past credits being held by SSNIT that should appear on individual statements should be based on the individual’s contributions plus interest calculated using 100% Treasury Bill Rate compounded quarterly from the date of employment to date.

The association stressed that posture from SSNIT and also the Ghana Trades Union Congress (GTUC) was at variance with the wishes of the President.

After subsequent engagements, CLOGSAG in a statement now cites a Directive on Past Credits to SSNIT which “resolves the problem with the computation of past credits up to 31st December 2009 and beyond.”

CLOGSAG is also happy with the committee set up by the Employment Minister to address its concerns,

The committee has already met twice and has been given up to October 18 to complete its work “so that there would be a smooth implementation of the second tier occupational pension schemes by 1st January 2020,” according to CLOGSAG.