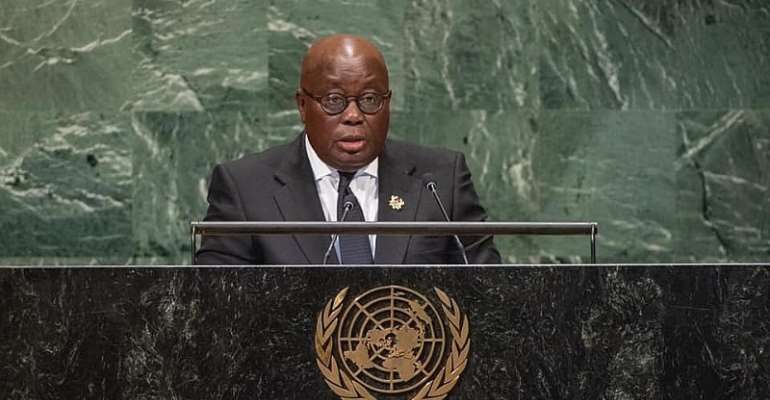 President Akufo-Addo has called on world leaders to commit to practical steps to countering the degradation of planet earth.

In his address to the General Assembly of the United Nations on Wednesday, President Akufo-Addo said the realities of climate change had become impossible to ignore.

“There are scientific and mathematical truths that do not change with space or time and these are truths we all do well to uphold. Now that the scientists have spoken on the realities of climate change, I believe it is time to direct our energies to what we can and should do to counteract the danger and stop unnecessary arguments,” the President said.

In the wake of Cyclone Idai, Hurricane Dorian, extremely high temperatures nationwide, President Akufo-Addo conceded that human activity was “probably pushing our world to destruction,” stressing that “it is time to take action to bring back our world from the precipice.”

Last week there was a one-day summit organised by UN Secretary-General António Guterres to reiterate the alarming threat of climate change.

Ahead of the meeting, scientists warned the signs and impacts of global warming were worsening.

The World Meteorological Organization (WMO), for example, noted that the amount of carbon dioxide going into the atmosphere between 2015 and 2019 had grown by 20% compared with the previous five years.

He described it as a burden that “robs us of the dignity that should be the inherent right of every human being.”

The President also called for consensus from world leaders accepting that “poverty anywhere degrades us all whether in the developed or developing world.”

“We know that our performance as governments will be judged by how successful we are in reducing and eventually eradicating poverty in our countries.”

“The responsibility is ours as individual sovereign countries not only to aim at reducing poverty, but, actually, to create prosperity for all our citizens. We, in Ghana, certainly are engaged in fighting to eradicate poverty from our country.”

The theme for the assembly’s gathering was “Galvanising multilateral efforts for poverty eradication, quality education, climate action and inclusion.”