UWR: MTN urged to expand network coverage in the region 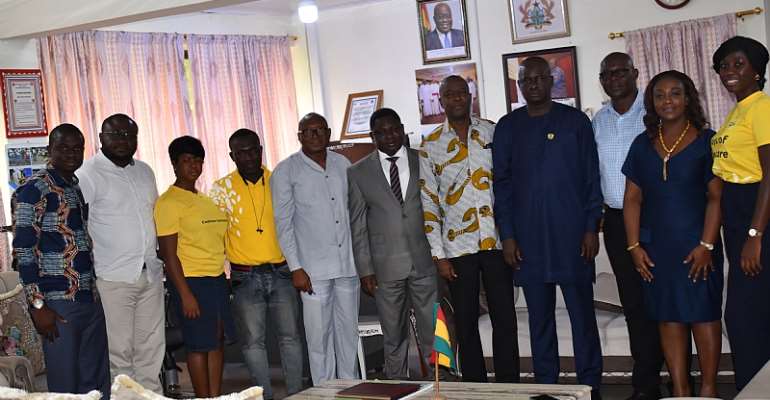 Telecommunication service provider, MTN Ghana, has been urged to expand its network coverage to other communities in the Upper West Region as effective communication is a key element in the fight against crime.

The Upper West Regional Minister, Dr. Hafiz Bin Salih, who made the appeal when some officials from the telecommunication company called on him at his office, said community folks had to communicate to the security agencies such as the police to report criminal activities in their communities.

The MTN Ghana officials were in the region to seek the blessing of the minister in their operations as well as the implementation of their activities and projects for the outmost benefit of the people in the region.

Dr. Bin Salih also appealed to them to sensitize and educate the public on the company’s humanitarian activities in order to enable the people to derive the maximum benefits of those projects and for the benefit of the company.

The Minister gave the assurance that the Regional Coordinating Council (RCC) was ready to partner any individual or institution to enhance the development of the region.

Dr Bin Salih commended the MTN Ghana for their contribution to the development of the region, saying “I have taken notice of your contribution not only to the economy of the country but socially what you have done for this country and particularly to the Upper West region”.

On his part, the Commercial Manger for General Trade for Northern Ghana, Mr Samuel Amoh, said MTN Ghana had dedicated one per cent of its profit to the MTN Foundation which was used to support the people in diverse ways including education, health and economic empowerment of the people.

He said they had so far supported about 200 students in Ghana under the MTN Bright Scholarship and appealed to the RCC to intervene to ensure that more students from the Upper West Region applied for the scholarship as it was in its final year of implementation.

Mr Amoh also noted that they were aware of the value of tradition and culture of the people hence their decision to support traditional festivals in the region and Ghana at large, including Kobine festival of the chiefs and people of the Lawra Traditional Area.